Talk about a green thumb. If you’ve ever wondered how to grow an enormous carrot, the wait is over. Vegetable gardener Christopher Qualley of Otsego, Minnesota, who prides himself on growing gargantuan veggies, won the Guinness World Record for heaviest carrot, and has shared the secrets behind his sizable success.

With his eye on the Guinness prize, Qualley embarked on a mission to grow this massive vegetable. The record-breaking carrot, which weighed 22.44 pounds, was discovered by Ian Paton, president of the Great Pumpkin Commonwealth, a first for the gourd -record monitor.

“I think everyone that grows giant fruits and veggies has a dream in the back of their mind to set a world record, and I was lucky enough to have a dream come true,” Qualley told Guinness World Records.

Qualley is a newcomer to gardening, beginning his humongous hobby three years ago. He said that the secret to growing giant veggies is in the soil — and purely organic.

“I am relatively new to this hobby, and my strategy was to imitate what all of the experienced growers across the world were doing. The number one thing that every single top grower says is that your soil is the most important thing, so that is what I focused on. Without the proper soil, your giants will never reach their potential. I know it’s not the sexy answer that most people want to hear. Most people want you to tell them to dump nuclear waste on them to get them to grow so big, but it’s not the case. Soil, seed, weather, and a little luck are the most important things in my book,” Qualley revealed to Guinness World Records.

There’s some bad news for Bugs Bunny, though. While the carrot certainly looks … interesting, it is not meant for eating. Although if it was, Qualley happens to know the perfect person: His mother-in-law now holds the title for eating the largest carrot.

He may have won the gold, so to speak, but Qualley isn’t done yet. He’s replanted the rugged root vegetable in hopes that it will seed and grow into an even larger carrot.

Qualley also hopes to break records with other kinds of produce, too. Next up, he’ll focus on pumpkins or tomatoes.

“I would love a world record in either of those. I feel I have what it takes right now to potentially grow a world-record tomato. This year I weighed a 7.07-pound tomato, which is about 1.5 pounds less than the world record. There have only been about 10 to 15 tomatoes over 7 pounds grown in the world, so I know I am in the ballpark for that record. I would also love to grow a world-record pumpkin, but I will need to make some upgrades to my garden,” Qualley said.

He’s got some heavy competition, as the current record for the heaviest pumpkin, which stands at 2,624.6 pounds, is held by Mathias Willemijms from Belgium.

SHARE this story with a master gardeners in your life! 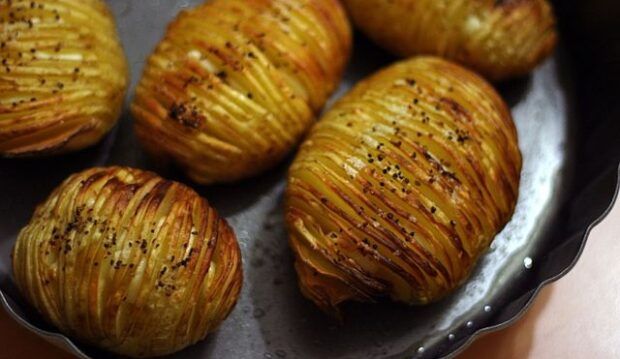