Another day, another Trump supporter causing more controversy for the Republican front-runner.

At a rally in Cleveland Saturday, an unidentified man was caught on camera yelling anti-Semitic rhetoric, “Go to Auschwitz, go to f–king Auschwitz,” at anti-Trump protesters as a large group of supporters walked by. In the video, the man has his arm raised skyward, but it is unclear if he is making a Nazi salute.

The incident occurred just days after another Trump supporter, 69-year-old Birgitt Peterson, raised her arm in a Nazi salute after a campaign rally in Chicago was canceled due to protests.

These two incidents come after last week when Trump supporter John McGraw was caught on video sucker-punching Rakeem Jones, an African-American protester, during Trump’s rally in North Carolina. In the incident, Jones was detained by Cumberland County sheriffs, but was released hours later. McGraw was later arrested and was charged with disorderly conduct.

In an incident on Saturday, Trump was briefly surrounded by Secret Service agents after a protester hopped over a fence in an attempt to storm the stage during Trump’s speech in Dayton, Ohio. Although spooked, Trump continued with his speech. 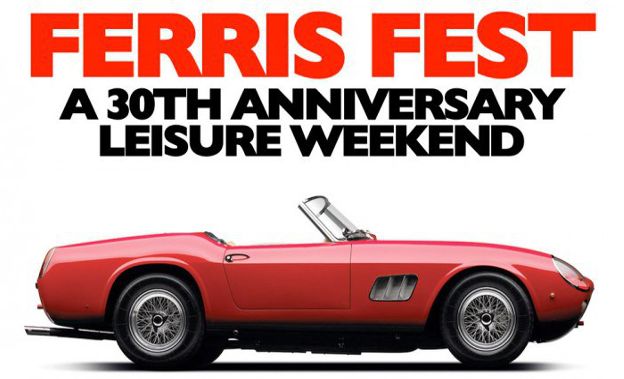 Celebrate the 30th Anniversary of ‘Ferris Bueller’s Day Off’ With the Best Bueller Moments
June 11, 1986, Ferris Bueller’s Day Off was released in theaters, the tale of a mischievous teenager and his friends faking sick to pursue adventure in the city of Chicago. Full ...
click here to read more
Advertisement - Continue reading below
Share  On Facebook