Mark Hamill and Carrie Fisher feared audiences wouldn’t be fond of the original Star Wars after they heckled the 1977 film’s trailer.

The franchise stars visited a theater to watch the trailer after grabbing lunch together while filming the movie. Hamill and his late co-star had not seen the trailer yet so they explained to the theater manager they were in the film and asked if they could be let into the movie to view it.

“We went in and we watched it,” he said during a panel at the Star Wars Celebration convention. “It was so early they didn’t have John Williams’ score. They didn’t have very many special effects finished at all… It made a real impression on me because we hadn’t seen any of the footage.”

And while Hamill felt positively about the trailer, the audience was not quick to embrace it.

“At the end of the trailer, it said, ‘A billion light years in the making. And it’s coming to your galaxy this summer.’ Big explosion,” he added. “And somebody in the balcony yelled out, ‘Yeah, and it’s coming to the late show about two weeks after that.’ Nobody enjoys a well-placed, snarky remark more than I do. So we both laughed, but after we laughed, we kind of went, ‘Uh oh.'”

Hamill will next reprise his role as Luke Skywalker in Star Wars Episode VIII: The Last Jedi, which is due out in December, and he reveals he is grateful to be in the new movies because he is recognized by a new generation of fans.

“Their parents, who were young children when the movies came out, would get very excited and push them toward me (and say), ‘Look who it is! It’s Luke Skywalker!’ And you look at these five and six-year-old kids, just horror stricken, ‘Oh my god! What happened to this guy? He really let himself go’,” he said. “To have us come back, show that the aging process is natural, makes me less self-conscious.” 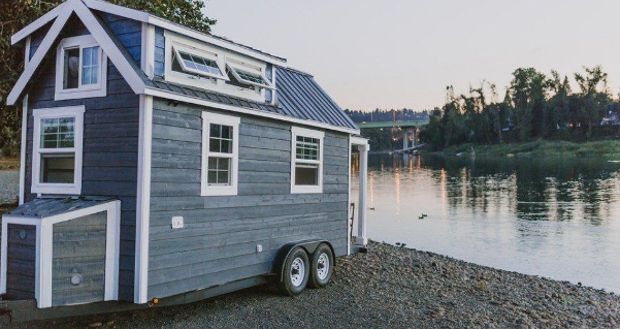 Check Out 17 of the Coolest Tiny Houses
With work-life balance virtually non-existent, growing student debt, and the ever-rising rent prices, more and more people are trying to simplify their lives by simplifying their living quarters. Enter: tiny ...
click here to read more
Advertisement - Continue reading below
Share  On Facebook