Massive Coral Reef Found at Base of Amazon River

A massive new coral reef has been found in the most unlikely of places.

While on an exploration trip with government officials, scientists discovered a 600-mile coral reef near the mouth of the Amazon River. The reefs were found underneath the muddy waters of the river where it meets the Atlantic Ocean.

When scientists started examining the reef, they were stunned to learn that the reef was thriving in this environment. Usually, coral reefs thrive in salt water and in a place with abundant sunshine.

Despite the murky environment, scientists discovered over 100 species living in the reefs including 60 species of sponges, 73 species of fishes, and lobsters.

“The finding is surprising because large rivers normally create gaps in reef distribution due to unfavorable conditions such as salinity, pH and light penetration. However, this coral reef system seems to be healthy, according to the report.”

However, the reef is said to still be in danger, as the Brazilian government announced that it will start drilling for oil at the mouth of the Amazon later this year.

The new Amazon reef is not the only reef under threat.

The Great Barrier Reef, which is the largest reef in the world, is in danger of vanishing from the Earth. Scientists discovered that 50% of the reef is dead due to bleaching. The rising ocean temperature is being blamed for the coral dying.

It is unknown if the corals will return to a normal state anytime soon. 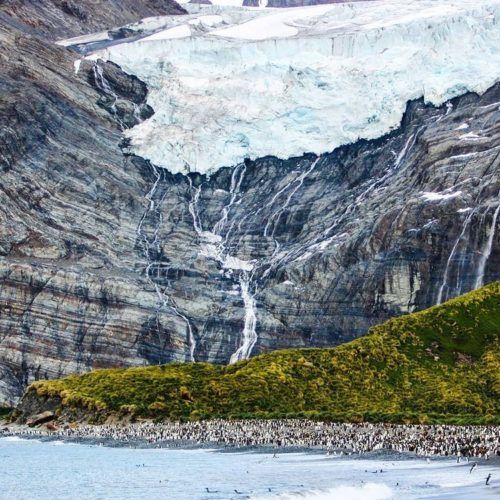