Matt Damon has given his endorsement for possible James Bond Idris Elba, insisting the British star would “make the franchise better.”

The Oscar winner is reprising his role as super spy Jason Bourne for the fourth time, and while he is still unsure whether he’ll be back for another installment, Damon hopes another famous undercover agent, James Bond, will be played by one of his favorite actors, Elba.

When asked by Access Hollywood what he thinks of the Luther star taking over the reins from Daniel Craig, Damon not only approved of the casting, but was positive the whole Bond franchise would benefit from Elba in the title role.

“I like Idris,” Damon said. “I think he’s brilliant. I’ll watch him in anything. He makes everything he’s in better and he would make that franchise better. He’s awesome.”

And like Craig and the other actors who have played 007 before him, being known for such an iconic role is more of a privilege than a burden, something Damon believes of his Jason Bourne character, too.

“No matter what else I do, to do something four separate times in your career its gonna follow you around. But I don’t mind being followed around by Jason Bourne.”

And since talk of Elba taking over for Bond is merely wishful thinking from fans at this point, Damon has no interest putting his name in the ring, since he would much rather play Bourne over Bond any day.

“He (Bourne) is so much more relatable. Think about it. Bond is from the 1960s so has the values of that time,” Damon recently explained to Esquire magazine. “He’s a misogynist, he swills martinis and kills people and cracks jokes about it.”

“But Bourne is modern. He’s an anti-establishment figure, he doesn’t trust institutions, he’s going against the system. He has one woman that he loved and when she’s gone he doesn’t pursue anything else.” 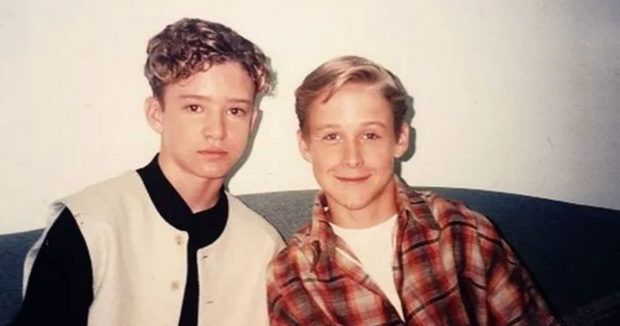 These Huge Celebrities Were Friends Before They Found Fame
We love to read about celebrity friendships. For whatever reason, we find it fascinating to know which of our favorite stars are actually pals when the camera is off. But ...
click here to read more
Advertisement - Continue reading below
Advertisement - Continue reading below
Share  On Facebook