The 21-year-old French native with Down syndrome has always dreamed of presenting the weather live on television and thanks to a Facebook campaign, she was able to make her dream come true. The Facebook campaign was supported by over 200,000 followers.

“I’m different, but I’d like to show everyone that I can do a lot of things,” Segard shared on her Facebook page.

Segard’s campaign was set up by Unapei, as part of a movement “to promote awareness and inclusion,” reported BBC. Unapei is known for helping people with disabilities.

Segard spent four days at France 2’s weather studio training for her big day. During the training, she learned the basics of the green screen and where the graphics are projected.

Her 27-year-old brother even gave her a little advice and told her to “imagine you’re alone at home doing the weather” and to just “have fun.”

“Melanie cannot read or write. The goal is to make her feel integrated,” Nathalie Rihouet, head of the weather service of France Televisions, told the French newspaper Le Parisien.

Hopefully, Segard will inspire others and prove that her disability isn’t a roadblock in her life.

“Symbolically, it’s very strong that a young woman with an intellectual disability can come before millions of French people to do something that is close to her heart. This shows that these people have abilities,” Unapei’s president Luc Gateau told La Croix.

While Melanie Segard truly enjoyed her day as a meteorologist, she hopes to become a makeup artist one day. 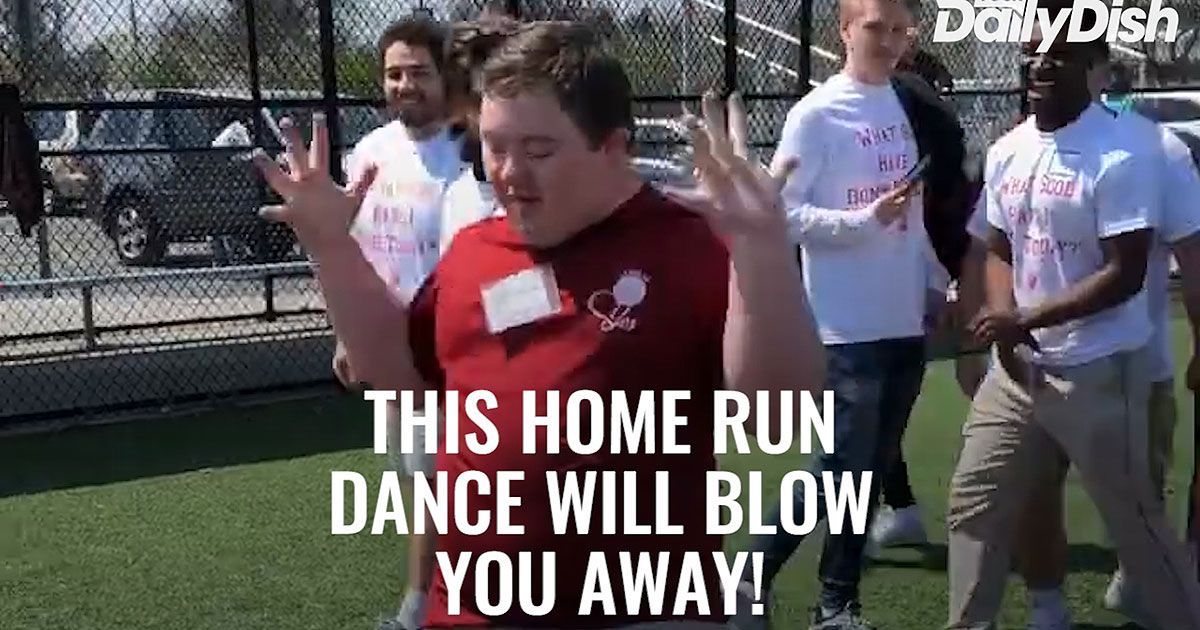 WATCH: Boy With Down Syndrome Performs Epic Home Run Dance
We could all learn from Billy, a young man from New York who isn’t letting his genetic disorder get the best of him. Billy, who lives with Down syndrome, plays ...
click here to read more
Advertisement - Continue reading below
Share  On Facebook