It has been almost 17 months since the Malaysia Airlines flight MH370 disappeared after taking off from Kuala Lumpur, Malaysia, with 239 passengers headed to Beijing.

Wednesday morning, July 29, 2015, there was a major breakthrough in the search for the missing plane – and it is being treated as a major lead.

Possibly, the first piece of physical evidence to prove that the plane had indeed crashed was found by workers off the east coast of St. Andre, a community on the French island of Reunion in the Indian Ocean.

According to Malaysia’s prime minister, Najib Razak, MH370 is the only unaccounted-for 777 in the world, and a source close to the investigation says that the aircraft wing section is likely to be debris from a Boeing 777.

However, there is widespread speculation by both investigators, and the relatives of the 153 missing Chinese passengers.

Martin Dolan, the head of Australian Transport Safety Bureau (the the agency leading the search for MH370), said that the wreckage is “not inconsistent” with drift modeling done by Australian authorities.

Cheng Liping is a mother-of-one whose husband, Ju Kun, was on the flight, and in a statement to The Guardian, she said, “Personally, I don’t believe it. I don’t believe that they have found it.” 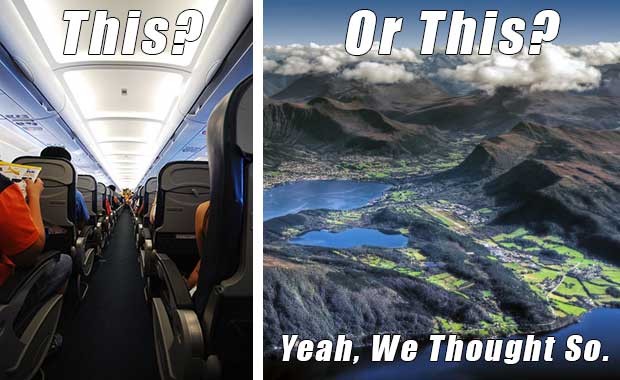 These Beautiful Images Prove The Window Seat Is Always Better
Sure, the aisle seat on an airplane is a safe bet. You can easily grab the attention of the steward/stewardess. You don’t get drinks spilled on you as they reach over ...
click here to read more
Advertisement - Continue reading below
Share  On Facebook