The Australian beauty, 33, embarked on a romance with the billionaire businessman in June 2015, and now the couple is engaged, according to the Daily Mail.

A representative for Spiegel, who was reportedly spotted ring shopping earlier this month, tells the publication, “They are extremely happy.”

The bride-to-be has since shown off her large round solitaire engagement ring on Instagram, in a black-and-white snap which features animated versions of the couple, with Spiegel on one knee. The cartoon also has the words: “Marry me!”

“I said yes!!!” she captioned the image, adding a series of hearts and smiley face emojis with hearts as eyes.

The news emerges two months after Kerr and Spiegel decided to move in together, purchasing a $12 million four-bedroom, six-bathroom mansion in Brentwood, California, in May.

Kerr and her beau made their red carpet debut together at a pre-Grammy Awards party in February. The model also shared her first photos of the couple’s romance on social media in March, when she posted a number of sweet shots from their trip to Washington, D.C. on Instagram.

She recently opened up about her life with Spiegel, who turned 26 in June, insisting their age difference has never been a problem because he is mature beyond his years.

“He’s 25, but he acts like he’s 50,” she told Net-A-Porter’s The EDIT magazine in January. “He’s not out partying. He goes to work in Venice (Beach, California), he comes home.

“We don’t go out. We’d rather be at home and have dinner, go to bed early. (But) in some ways he does (feel like a younger man). I’m telling you, I’ve got the best of both worlds.”

The marriage will be Kerr’s second after previously tying the knot with British actor Orlando Bloom in 2010. The former couple, which split in 2013, shares five-year-old son Flynn together, and she revealed Spiegel gets along well with her boy.

“(My ex and I decided) that we had to know the person for six months and feel good about them (before introducing them to Flynn),” she explained. “Evan met Flynn, so yeah, things are going well. Orlando thinks he’s great. We’re just a modern family now!”

Bloom has also moved on from the failed marriage – he is reportedly dating pop star Katy Perry. 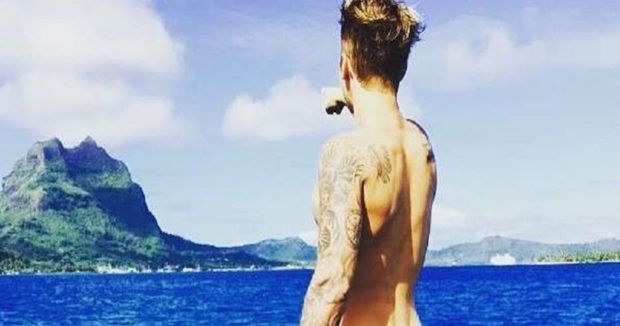 #Insta Regret: Celebrities Were Quick to Delete These Social Media Photos
Celebrities work hard to maintain their images, but every once and while they slip up and post something that they immediately regret. Sometimes they post a photo that is overly ...
click here to read more
Advertisement - Continue reading below
Advertisement - Continue reading below
Share  On Facebook