Actress Mischa Barton has obtained an immediate domestic violence restraining order against the ex-lover she suspects of shopping around a sex tape of the former couple.

The former The O.C. star has hired attorney Lisa Bloom to keep the explicit footage from being made public, after reports suggested the tape had already been offered up to various pornography bosses for release.

Bloom addressed the rumors in a statement issued on Tuesday, insisting Barton did not consent to having any intimate moments captured on camera, and vowing to sue the ex who appears eager to get his revenge on the actress.

They staged a press conference in Los Angeles on Wednesday, when Barton spoke out about the betrayal and declared she was pursuing legal action to fight for justice for all women.

“I just want to say that I’ve been put through an incredibly hard and trying time,” she told reporters. “This is a painful situation, and my absolute worst fear was realized when I learned that someone I thought I loved and trusted was filming my most intimate and private moments, without my consent, with hidden cameras. Then I learned something even worse: that someone is trying to sell these videos and make them public.”

The actress, who appeared downcast at the press conference, continued, “I came forward to fight this not only for myself but for all the women out there. I want to protect them from the pain and humiliation I’ve had to go through. No woman should have to go through this. It is a very hard thing to do but I am glad that I am finally standing up for myself.”

Bloom went on to reveal the former lover suspected of attempting to leak the explicit footage has already been banned from contacting or going anywhere near Barton, while anyone who contributes to the publishing of the tape will face jail time under the California court order.

“We consider this to be a form of domestic abuse,” the attorney continued. “The court agreed and gave us everything that we asked for, including the order to stay away from Miss Barton and to not contact her.

“Most importantly, the court ordered that this individual and his agents ‘may not sell, distribute, give away or show any naked pictures or videos of any type of Mischa Barton’.”

Barton has also filed a police report over the illegal sex tape, which she believes was filmed last year, while Bloom has already fired off cease and desist letters to any outlets contacted by the ex-boyfriend.

Bloom concluded: “Miss Barton and I stand for a woman’s right to choose what images of her own body will be made public. You have no right to exploit her or any woman for revenge or financial gain. You have been warned, you proceed at your peril.”

The sex tape news emerges after a troubled few weeks for the 31-year-old, who was hospitalized following a bizarre incident in January, when Los Angeles police found Barton hanging over her backyard fence in West Hollywood, wearing nothing but a shirt and tie, and ranting about her estranged mother.

She subsequently claimed she had been given the date rape drug GHB while she was out celebrating her birthday with friends.

Barton was also recently involved in a minor car accident in February, when she reportedly crashed a U-Haul truck into an apartment building in West Hollywood. 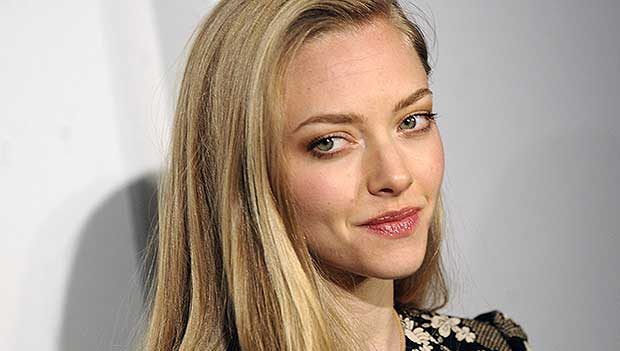 These 14 Mega Stars Are All Alumni of Famous Soap 'All My Children'
Welcome to the celebrity-loaded world of All My Children. More celebrities and stars have gotten their starts in this soap’s fictional suburb of Pine Valley than anyone would expect. Check ...
click here to read more
Advertisement - Continue reading below
Advertisement - Continue reading below
Share  On Facebook