Priorities indeed. A New Orleans author risked life and limb to save his life’s work from a fire.

Gideon Hodge, a playwright, novelist and actor raced into his burning home to rescue a laptop with two complete novels and other creative stored within it.

“Anybody that’s ever created art, there’s no replacing that. It’s got pretty much my life’s work,” Hodge explained to the New Orleans Advocate.

He further said, “Despite my better sense, I just ran inside and grabbed it,” he said. “I didn’t think to be scared.”

Other residents weren’t as lucky when it comes to personal belongings. 38-year-old Edderin Williams only had enough time to grab his wallet and keys before rushing from his apartment. He lost everything.

“I just don’t know how I feel right now,” he lamented. “I’m just gonna have to pick up the pieces and move on.”

Another resident, Derrick Todd, lost nearly everything he owned for the second time as Hurricane Katrina had destroyed his previous home.

“I’m just hoping I don’t get an earthquake, too,” Todd later said. “Then we’re done.”

The fire, which began in an empty home in the city’s Broadmear neighborhood, quickly spread to the multiplex apartment building where Hodge lived. It took dozens of firefighters hours to stop the blaze as it spewed a huge column of smoke into the air. 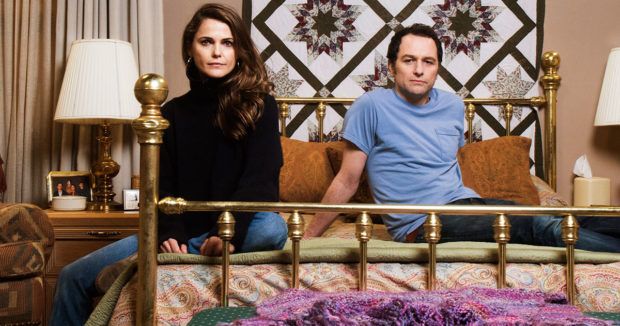 Celebrity Couples Who Met on the Job; Where Are They Now?
Couples meeting at work is par for the course. In Hollywood, it happens more than you know. When celebrities meet at work, it’s called a set romance. These celeb couples ...
click here to read more
Advertisement - Continue reading below
Advertisement - Continue reading below
Share  On Facebook