Health addicts, you might want to pay attention to this new research.

According to a new study published by Circulation, full-fat dairy milk may be healthier than low-fat milk. The data was conducted over the course of a 15-year study with 3,333 participates. The study concluded that individuals with “higher levels of three different byproducts of full-fat dairy had an average 46 percent lower risk of developing diabetes,” explained U.S. News.

“I think these findings together with those from other studies do call for a change in the policy of recommending only low-fat dairy products,” Dariush Mozaffarian, contributor to the study, told Time. “There is no prospective human evidence that people who eat low-fat dairy do better than people who eat whole-fat dairy.”

Many assume that since full-fat dairy contains more calories choosing the lower calorie option would lower the risk for diabetes, however the science is still unclear.

In a separate study published in the American Journal of Nutrition, research of the effects of full-fat and low-fat dairy on obesity showed “that among 18,438 women in the Women’s Health Study, those who consumed the most high-fat dairy products lowered their risk of being overweight or obese by 8%.”

Both studies are revealing data that full-fat may be healthier than originally thought.

“This is just one more piece of evidence showing that we really need to stop making recommendations about food based on theories about one nutrient in food,” says Mozaffarian. “It’s crucial at this time to understand that it’s about food as a whole, and not about single nutrients.”

While the study is not conclusive about how whole-fat helps to lower the risk of diabetes, it shows how it could regulate insulin and glucose levels. Those who have a high fat dairy intake have enough calories to keep them full and reach for sugary foods, shared the study. It could be “that the fats in dairy may be acting directly on cells, working on the liver and muscle to improve their ability to break down sugar from food.”

However, Mozaffarian isn’t recommending people start consuming high fat dairy foods if they are concerned about diabetes. More research needs to be done before anything can be concluded.

“In the absence of any evidence for the superior effects of low-fat dairy, and some evidence that there may be better benefits of whole-fat dairy products for diabetes, why are we recommending only low-fat diary?” Mozaffarian shared. “We should be telling people to eat a variety of dairy and remove the recommendation about fat content.” 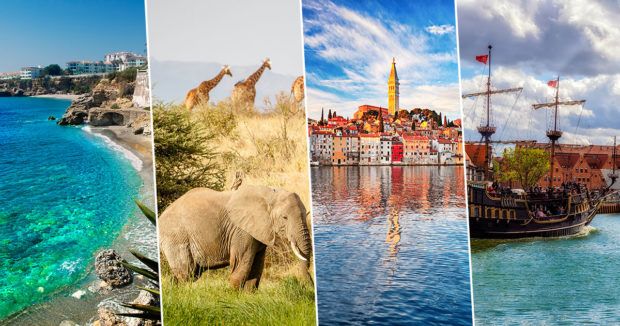 TripAdvisor Reveals Top 10 Travel Destinations on the Rise
The thing about the most popular travel destinations in the world is that so many people go to them! Most of these places are on our bucket lists, but many ...
click here to read more
Advertisement - Continue reading below
Share  On Facebook