If you live in New York City, you’ve probably heard of the High Line – a 1.45 mile-long park built on old railroad tracks above a portion of lower Manhattan. The park has been a huge success, so much so that two guys, James Ramsey and Dan Barasch, decided to build a sort-of sister park – only below the city.

Currently known as the Lowline, the project plans to take advantage of New York’s unused underground space by transforming it into a park. The particular space they have in mind is an abandoned trolley terminal.

“The design of the Lowline came to me in a dream,” Ramsey says in the video. “The first time I went down to see the Lowline space, it really kind of knocked my socks off. It’s like just this giant, cavernous, acre-sized space that’s just sort of sitting down there.”

It’s no easy feat to build an underground park, though. The duo, along with their team, have been working at it for five years. They just submitted their proposal to the city.

“We’re hopeful that the city will allow us and give us a chance to bring this project to fruition,” Barasch said. The park would be the first of its kind to exist in the world and the pair is feeling the pressure to deliver.

“Nothing like this has really existed before, so we had to do a lot of work figuring out how to actually make this thing happen,” Ramsey said. Since they had to somehow figure out how to grow plants underground, they created the Lowline Lab to show how they can deliver natural sunlight underground. They speculate it will be done through a series of reflecting surfaces to channel the light through tubes below ground.

“If we get the greenlight to go ahead with this project, all of a sudden we’re thrust into the reality of actually building it and actually fleshing out every little detail and crafting everything,” Ramsey said, “But also kind of amazing, right?”

Once approved, construction could begin as soon as 2018. Take a tour of the concept design below. 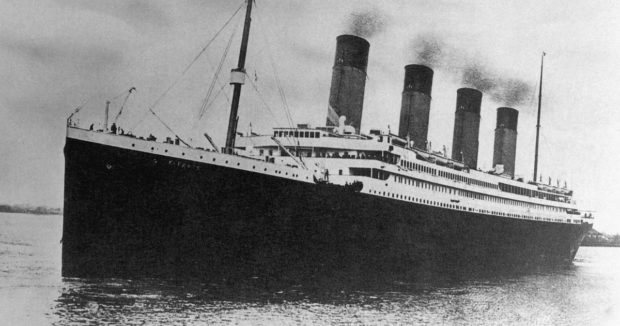 These Rare Titanic Photos Will Give You Goosebumps
The RMS Titanic, one of three Olympic-class ocean liners built around the turn of the century, was marketed before her maiden voyage as the “unsinkable ship.” She was built using ...
click here to read more
Advertisement - Continue reading below
Share  On Facebook