There were a lot of divisional matchups on tap for week seven of the NFL season, including the much-anticipated game between the Seattle Seahawks and the Arizona Cardinals in an NFC West battle.

First, we’ll start with how Green Bay Packers quarterback Aaron Rodgers got his swagger back against the Chicago Bears on Thursday night.

Obviously fueled by the incessant “What’s wrong with Aaron Rodgers?” questions and even the blaming of his lady, actress Olivia Munn, the Packers’ quarterback, devoid of a viable running game and playmaking receivers, put the team on his back to the tune of 326 passing yards and three touchdowns on the way to defeating a Chicago Bears team down to their third-string quarterback, 26-10.

I figured out what happened to @AaronRodgers12 pic.twitter.com/QbXSOPwGMZ

Receiver Davante Adams emerged for the Cheeseheads, making plays with Aaron Rodgers where no one else could:

Every Adams catch from #TNF ? https://t.co/MKkNC2bad2

Don’t look now, but Miami Dolphins running back Jay Ajayi might be giving the team the identity it’s been looking for, as the Dolphins came back to stun the Buffalo Bills in a battle in the AFC East, 28-25. Just one week after rushing for over 200 yards, the running back came back to rush for another 214 yards, sparking a Dolphins offense that has been much maligned this season:

Marcus Mariota and the Tennessee Titans played a close game against their AFC South rival Indianapolis Colts, but their defense could do nothing to stop Andrew Luck, who diced up the Titans all day to the tune of 353 yards and three touchdowns and the victory, 34-26. The quarterback remained undefeated against the Titans in his young career. Luck’s accuracy was on full display, including on this beautiful touchdown pass to receiver T.Y. Hilton:

The Seattle Seahawks and Arizona Cardinals decided that offense was optional on Sunday Night Football. Both defenses came on to the field and flexed their muscles, with the Cardinals holding a 3-0 lead at halftime, but even with the lack of explosive plays, the game went into overtime tied at 3-3. It was a fight to be won in the trenches as both teams traded blows that pretty much amounted to nothing. In the end though, inconceivably, potentially game-winning field goals were missed by BOTH teams, and ladies and gentleman, we have our first tie of the 2016 season. This viewer’s reaction echoed us all:

In non-divisional action, the Minnesota Vikings suffered their very first defeat of the season against the Philadelphia Eagles in a slugfest, 21-10. The Eagles gave the Vikings a taste of their own medicine, riding a ferocious, opportunistic defense all game that forced one interception and FIVE fumbles:

The San Diego Chargers and Atlanta Falcons played a barnburner of a game that took them to overtime after being knotted at 30-all. The Chargers nearly suffered yet another devastating loss as Falcons kicker Matt Bryant had a chance at a game-winning 58-yard field goal, but he missed. Then, in the extra period, the Chargers defense stopped the Falcons on fourth down to give Chargers kicker Josh Lambo a chance for the winning field goal, 33-30:

One last note: The Cleveland Browns, unlike their cross-sport siblings, the Indians (who just made it to the World Series) and Cavaliers (the reigning NBA champions), just can’t catch a break. They are still to get their first win of the season and they are now down to their last active quarterback as Cody Kessler was lost to a concussion. You know its bad when they’re allowing plays like this one to A.J. Green, who is not human by the way:

Check out the results of the rest of Sunday’s action, as well as Fantasy Football stars for each game: 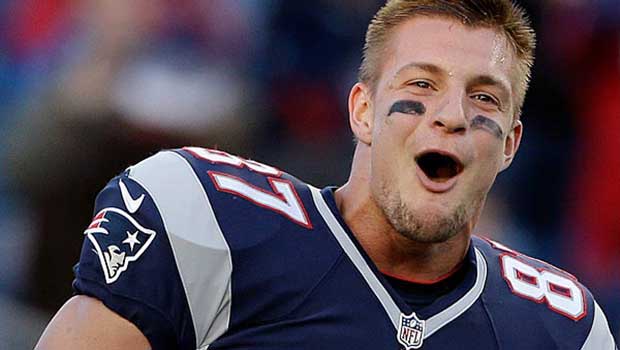