When Nicholas Winton was invited on the BBC program That’s Life, he didn’t know what to make of it. He had lived a relatively normal life. At least, that’s what most people thought. Winton had kept a life-long secret from his friends and family.

During World War II, Winton had successfully helped save 669 children from the Holocaust. After the horrors of “kristallnacht,” a massacre of Jewish people between November 9-10, 1938 in Nazi Germany that claimed the lives of scores of civilians, Winton took it upon himself to try to save as many lives as he could. Britain allowed for Jewish refugees under the age of 17, so long as they had a place to live and could afford to pay their own return trip home.

Winton set up a temporary place to stay in Prague, Czechoslovakia, where he coordinated to transport the over 600 children to Britain. There, Winton’s mother helped find the children foster homes to live. It was reported that many of these children lost their parents at the Auschwitz concentration camp.

Winton never told anybody about his heroics, not even his wife, Grete. But decades later when Grete was up in the attic, she discovered a notebook where it listed the names and pictures of hundreds of children. She soon discovered the real meaning behind the notebook and gave it to a journalist.

Eventually, Winton would be invited on to That’s Life as part of the studio audience. The show’s host began to flip through a notebook and read off names, including Vera Diamant, one of the children saved and who was purposely seated next to Winton. The look on Winton’s face is almost disbelief that a child he had saved was seated directly beside him. He became immediately emotional.

But that wasn’t the end of it. The host then goes on to ask, “Is there anyone in the audience tonight who owes their life to Nicholas Winton?”

To Winton’s shock, everybody in the audience stands. The show had invited and filled its seats with the men and women who Winton had saved 50 years before he appeared on the show.

Watch the touching reunion and SHARE Winton’s incredible story with your friends. 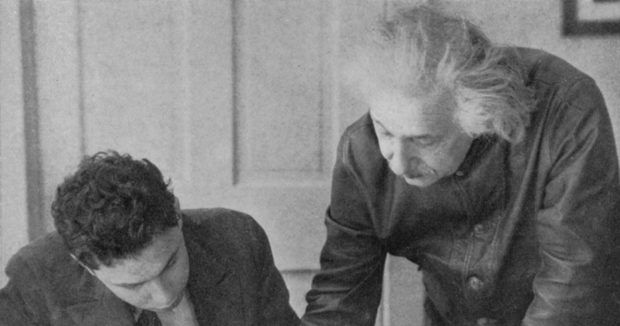 This Simple Quiz Will Determine Your Education Level
Remember all those little factoids your teachers told you over the years? What the “H” stands for in H2O? When World War I started? The correct use of “there,” “their,” and ...
click here to read more
Advertisement - Continue reading below
Advertisement - Continue reading below
Share  On Facebook