Nicole Kidman, Uma Thurman and Julianne Moore are among the actresses who’ve posed for Pirelli’s 2017 calendar.

German photographer Peter Lindbergh shot the Hollywood stars in black and white for the Italian tire brand’s annual publication, which was unveiled in Paris on Tuesday.

Kidman appears in the portrait for the month of January, and said it was “glorious” to be asked to pose for the edition, as she prepares to celebrate turning 50 next year.

“This is a fantastic time to be captured, at 49 years old. (Lindbergh) has captured that, what it is to be 49,” she told The Evening Standard. “I love getting dressed up and doing the character but this was no. None of that, just you. I think the simplicity is very refreshing. It’s honest. It’s a very pure image. That is how I would describe it.”

Among the other stars included in the calendar are Helen Mirren, 71, who is the eldest subject, and fellow British actress Charlotte Rampling, 70. At 28, Oscar-winner Alicia Vikander is the youngest.

Lindbergh chose to give the work the title Emotional to emphasize how the idea behind his photos was to create a calendar not focused on “perfect” bodies but on sensitivity and emotion.

“My aim was to portray women in a different way and I did it by calling in actresses who’ve played an important role in my life, getting as close as possible to them to take my photos,” explained Lindbergh in a statement. “As an artist, I feel I’m responsible for freeing women from the idea of eternal youth and perfection. The ideal of perfect beauty promoted by society is something that simply can’t be attained.”

Last year’s calendar, shot by Annie Leibovitz, was praised for its body and age diversity, and featured the likes of Serena Williams, Amy Schumer and Yoko Ono. 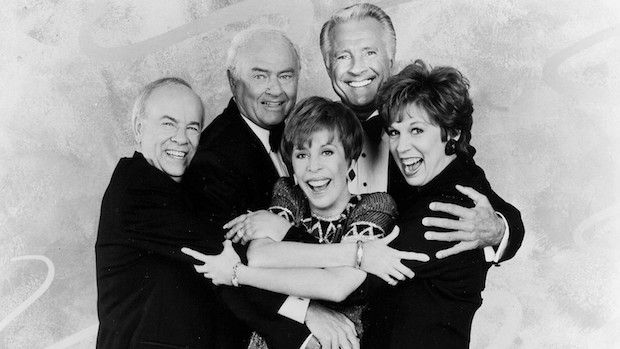 15 ‘Carol Burnett Show’ Fun Facts You Never Knew
During the late 1960s and 1970s, The Carol Burnett Show was an American institution. The sketch show, which ran from 1967 to 1978, produced several classic moments that are still seen as iconic ...
click here to read more
Advertisement - Continue reading below
Share  On Facebook