‘Nut Rage’ Nut Case Heads To The Slammer For One Year

Messing around on a flight is a big “no-no” these days. Once that plane takes to the air, things are taken very seriously and shenanigans aren’t tolerated. So it is with a small amount of justice that South Korean Air heiress, Cho Hyun-ah, was just sentenced to one year in prison for her in-flight nut rage.

According to official court documents, Cho was found guilty of “forcing a flight to change its route, obstructing the flight’s captain in the performance of his duties, forcing a crew member off a plane and assaulting a crew member.” Was she trying to hijack? Set off a bomb in her purse? Looking to parachute at 35,000 feet? Actually, it is much more serious than any of those scenarios. Cho was offered macadamia nuts in a bag instead of on a dish. Let that sink in for a minute. A flight was forced down from the skies to return to the airport because this “princess” didn’t want to tear open a bag of nuts like the rest of the world does.

As it turns out, Cho is part of the elite of Korea known as chaebol. This is their version of the “One Percenters.” She is also one of the richest women in all of South Korea. From the “irony files,” Cho is a big cheese executive at Korean Air. Translation: She should know better. She also isn’t winning any fans from her fellow Koreans.

“Most second or third generations of chaebol in South Korea think of themselves as members of royal families or in the special aristocratic class. So they think they can do whatever they want,” said Yonsei University psychology professor Whang Sang-min to the AP.

Even if she appeals her sentence, she’ll still be doing the time because the courts are slow over there. Wonder how she looks in orange? 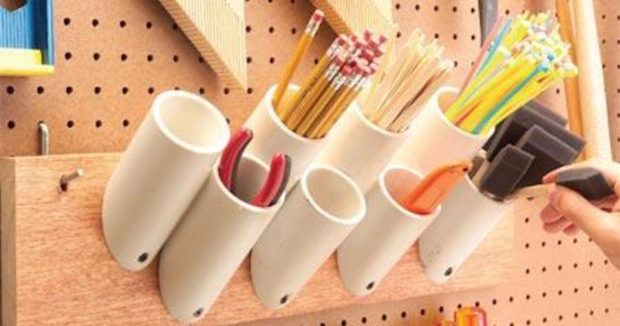 These Garage Hacks Will Have Your Workspace Organized in No Time
A garage workspace can be one of the most relaxing places in the world, where someone can put the troubles of daily life behind them and concentrate on projects that ...
click here to read more
Advertisement - Continue reading below
Advertisement - Continue reading below
Share  On Facebook