Thanks to a few animal rescue workers, a super small and adorable hippo is back on dry land.

A rescue crew from the David Sheldrick Wildlife Trust and the Kenya Wildlife spotted Humpty after her mother abandoned her in a pool of mud. The rescue workers had to work fast to save her as the mud was slowly drying over.

Thankfully, the rescue workers from the David Sheldrick Wildlife Trust were able to save Humpty by trapping her with a net. Once she was free from the mud, the rescue team brought her to a rehabilitation clinic.

“The baby hippo had been observed for a few days to ascertain that it was, in fact, an orphan,” A DSWT spokesperson said to Inside Edition. “Given the remoteness and inaccessibility of the area, rescuing Humpty certainly presented a challenge. But a challenge we had to rise to, as, without intervention, it was evident she was going to die.”

After being cleaned off at the rescue center, the workers diagnosed the orphaned baby hippo with bad burns and dehydration. Although she is back on her feet, she still thinks she is stuck in the mud and takes large steps while on land.

This orphaned baby hippo will continue to live at the rescue center until she is ready to be released back into the wild.

“Thankfully, the rescue was a seamless success and we were able to extract Humpty by helicopter without a hitch,” the spokesperson said to Inside Edition. “Safe to say, our little orphan Humpty is an exceptionally spoiled and lucky little baby hippo.” 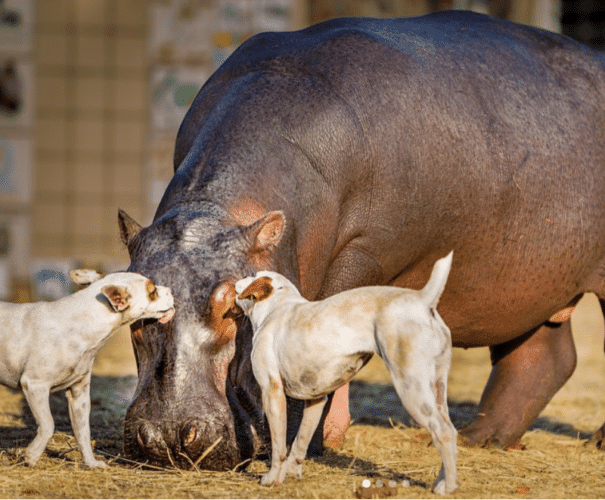