In a video posted by the Black Jaguar White Tiger Foundation, a deadly panther stalks and then pounces on his prey, which just so happens to be Eduardo Serio, the man who runs the foundation.

Serio is speaking to a cameraperson who is located behind a glass barrier as the panther slowly and methodically approaches him. Only when the panther, named Kal-El after Superman’s birth name, is directly behind Serio – just a foot away – does he make his daring move to attack.

This attack, however, is short-lived, as Serio and Kal-El are actually friends.

Serio turns around and playfully tussles with Kal-El. The two go back and forth and the so-called attack ends in a series of kisses and licks.

It turns out Serio is actually Kal-El’s rescuer, according to Today, and the cameraperson, who is also an employee at the foundation, didn’t warn Serio about the ambush because he knew the two were friends.

Watch the sweet “attack” below: 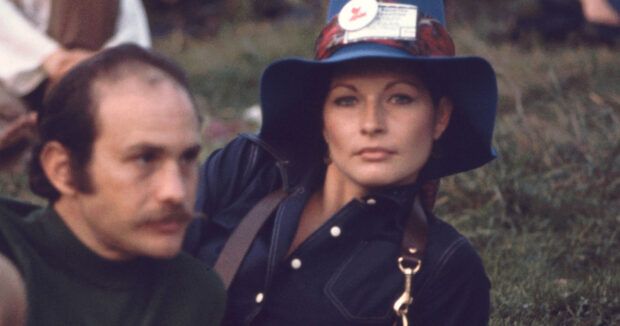 Never-Before-Seen Pictures From Woodstock Capture the Historic Festival
On Aug. 15, 1969, hundreds of thousands of people descended upon the tiny town of Woodstock, New York. Well, no. In actuality, people intending to go to the “once-in-a-generation” music ...
click here to read more
Advertisement - Continue reading below
Advertisement - Continue reading below
Share  On Facebook