Since 2001, the New England Patriots have been the NFL’s premier franchise. Under coach Bill Belichick and quarterback Tom Brady, the team has won fourteen division titles, seven AFC titles, and most importantly four Super Bowl Championships. I’m well aware of this, as I’ve been a diehard fan the whole time.

I first began rooting for the Patriots in the early 1990s. As a young boy, I was enthralled by the team’s high octane passing attack, led by quarterback Drew Bledsoe and tight end Ben Coates, and their then-new and oh-so-90s blue uniforms. I’m sure there are a lot of people in New England in my age range who have the same origin story for their love of the Pats.

The only difference with me — I’m not from New England.

First, to answer the questions I’m sure you’re asking:

“How can you root for the Patriots when you’re from New York?”

“Are you a front-runner?”

Like I said, I’ve been a Patriots fan for roughly 24 of my 29 years on Earth. At different times over that period, the team has absolutely been great. They’ve also produced two of the more heartbreaking Super Bowls in recent memory, and had several down years prior to Belichick and Brady.

Living in “enemy” territory has had it’s ups and downs as far as rooting for the Patriots goes. Because New England travels to this area once a year to play their division rival New York Jets, I’m usually able to attend one Patriots game each year. Those games are almost always a blast, as the Patriots have had Gang Green’s number for pretty much the entirety of this century.

I was also lucky enough to attend the final game of the 2007 Patriots season at Giants Stadium, when they defeated the Giants to go undefeated. However, that 2007 season ended with the nadir of my time as a Patriots fan in New York.

The Giants got their revenge for that final regular season defeat by beating New England in the Super Bowl that season, famously leaving my favorite team one win short of perfection.

As is to be expected, I was despondent to say the least following the loss.

Two days following the game, I was in Manhattan’s Penn Station wearing a Patriots hoodie and cap waiting to board a train back to Stony Brook University. I noticed several people decked out in Giants gear, but thought nothing of it as the team’s victory had brought out pride in many New York fans. However, the number of Big Blue supporters continued to multiply, until it seemed like nearly all of the thousands of people flooding through the busy rail terminal were wearing some kind of gear.

I came to find out that unbeknownst to me New York was throwing a victory parade for the Giants that day, and I was right at ground zero for fans arriving from all throughout the tri-state area. To say the the next two hours were unpleasant is as big an understatement as saying David Tyree’s helmet catch was kind of important.

This Sunday, the Patriots will gun for their fifth title when they take on the Atlanta Falcons in Super Bowl LI. I’ll be watching from my New York apartment, decked out in a Tom Brady jersey with my girlfriend, who is a Giants fan. She’s been with me since 2003 — through two Giants-Patriots Super Bowls — and she gently mocks me the whole time.

If New England wins against the Falcons, I’ll be ecstatic. If they lose, I’ll be demoralized. But I know one thing for sure, I’ll wake up the next day and still be a Patriots fan living in New York City.

After all, no “Super loss” to the Falcons could be as bad as being stuck underground with thousands of celebrating Giants fans. 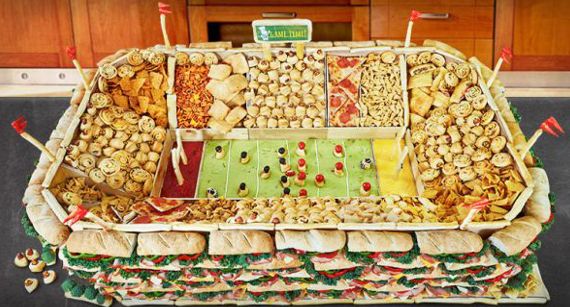