As the anti-vaccination movement continues to spread across the U.S., California public health officials are scrambling to stop the spread of another insidious virus: measles.

A student in the Nevada County school system—about an hour north of Sacramento—contracted measles after traveling overseas according to Dr. Karen Smith, the director and State Public Health Officer at the California Department of Public Health. While vaccinations have greatly curbed the spread of this disease, concerns over an outbreak have grown due to the high number of unvaccinated students in the infected student’s school.

“As the state’s public health officer, it’s concerning to receive a report of a child with measles because it’s a disease that can easily be prevented,” Dr. Smith said. “Immunization is the best way to protect against measles. Two doses of the Measles, Mumps, and Rubella vaccine are approximately 97 percent effective at preventing disease in exposed persons.”

The infected student’s school, the Yuba Charter School, has a low rate of vaccine compliance, falling under the classification “most vulnerable” to outbreaks, according to the California Department of Health. Health officials recommend having at least 95% of people vaccinated in order to create a “herd immunity,” which can prevent outbreaks from occurring. The Yuba Charter School is only at 42.6% vaccinated. In response to this threat, the school’s website says that only staff and students who are vaccinated are allowed to come to school.

According to the Center for Disease Control, between three and four million Americans contracted measles each year in the decade before a vaccine became available in 1963. Between 400 and 500 people died each year while 48,000 were hospitalized. Unvaccinated people who are exposed to measles have a 90% chance of being infected, making measles one of the most infectious viruses on Earth. However, thanks to the vaccine, the CDC was able to effectively declare measles eliminated from the United States in 2000. The increased number of unvaccinated children is threatening to undo that progress.

Measles is most known for causing skin irritation and rashes, but the symptoms and complications can be much more serious.

Patients commonly suffer from diarrhea, ear infection, and pneumonia, but children under the age of five, patients with compromised immune systems, and adults over the age of 20 are at higher risk for severe complications. Severe complications include blindness, encephalitis (an infection that causes brain swelling), or even death. The World Health Organizations says that in 2016, measles is still one of the leading causes of death among young children even though the vaccine is cheap and widely considered to be very safe.

The decreased number of vaccinations in the United States has been attributed to the persistent anti-vaccination movement, led by a number of actors who continue to rely on journals that falsely claim there is a connection between vaccination and autism, despite the fact that these studies are outdated and have been widely discredited by the entire scientific community or retracted. Some of the most famous anti-vaxxers include Jenny McCarthy, charitably considered an actress by people with no respect for art, and Jim Carrey, Golden Globe winner and former pet detective. Presidential hopeful and textbook Freudian example Donald Trump has also tweeted in opposition to vaccinations.

Parents, if you have questions about vaccinating your child, please consult with your child’s doctor and not with professional actors or reality TV stars. You could potentially save a life: your child’s. 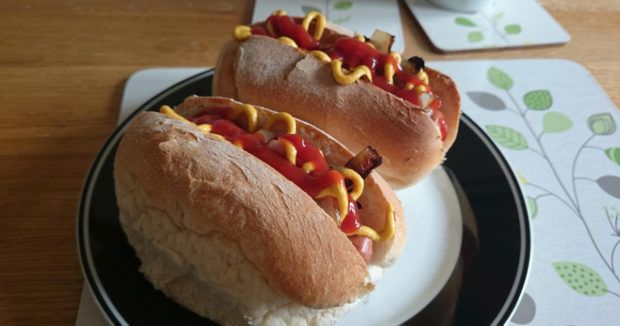