There are DIY projects, and then there’s what Jill Viles did.

The mother from Iowa made a medical breakthrough that changed her life, and that of an Olympic athlete, and she did it by herself.

Viles suffers from a rare genetic condition — Emery-Dreifuss muscular dystrophy — that causes muscle loss, and she had spent her life wondering why she was unable to walk. Doctors couldn’t pinpoint the reason, so Viles decided that she would take a stab at it. She hit the books, researching Emery-Dreifuss muscular dystrophy to find an explanation.

As she became an expert on the subject, she noticed that a similar condition might cause the exact opposite effect: It could build muscle.

She reached out to Canadian Olympian Priscilla Lopes-Schliep, who is remarkably muscular, and convinced the three-time medalist to test her genes.

Amazingly, Viles’ theory was proven right. The pair shared a similar gene mutation, one of which built massive muscles and one of which didn’t.

“We both have a genetic disorder that comes down to a single letter change in our DNA in the same gene,” Viles told USA Today’s Humankind.

The two women bonded, and in the process of testing Lopes-Schliep’s DNA, doctors found that the hurdler had a major pancreatic issue. Had Viles never reached out to Lopes-Schliep and never convinced her to take the test, the retired athlete could have become very sick.

Viles is now using her expertise and her platform to raise awareness about Emery-Dreifuss muscular dystrophy. Her research helps people all over the world. She also has started a GoFundMe page to raise money for EDMD research. You can read more about her story and donate to the cause here. 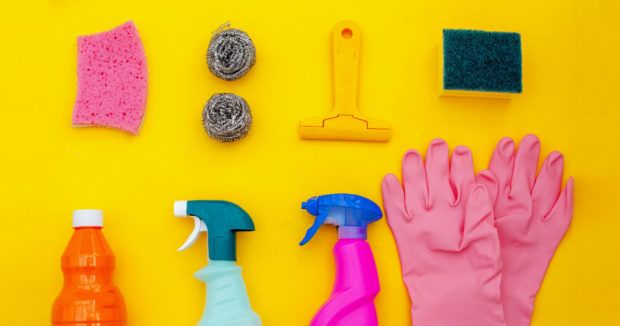 Make Your Bathroom a Haven With These Cleaning Tips and Tricks
Cleaning the bathroom is easily the least desirable household chore. It’s gross, it’s grimy, there’s hair everywhere, and it definitely doesn’t smell pretty — not to mention that all the harsh chemicals ...
click here to read more
Advertisement - Continue reading below
Advertisement - Continue reading below
Share  On Facebook