Oscar nominee Sylvester Stallone has reportedly landed a role in the Guardians of the Galaxy sequel.

The 69-year-old Creed star was photographed leaving the Four Seasons Hotel in Atlanta, Georgia, on Friday with a script in his hand, and later joined Chris Pratt and the rest of the cast on set, according to the New York Daily News.

Details about Stallone’s role have yet to be revealed, but a cliffhanger from the first installment of Guardians of the Galaxy surrounded the identity of Pratt’s onscreen father. The actor portrays leading man Peter Quill, and Kurt Russell was said to have been cast as his dad.

However, since Stallone’s possible involvement was revealed, rumors have swirled suggesting the Rocky veteran will in fact play Peter’s father.

Director James Gunn has refused to be drawn on any gossip surrounding the sequel’s plot, and previously took to Facebook to shoot down fans who were fervently speculating about the part Russell would be playing.

Zoe Saldana, Dave Bautista, Vin Diesel, Bradley Cooper, and Glenn Close have all been confirmed to return for Guardians of the Galaxy Vol. 2.

If the rumors about Stallone’s casting are true, this will be his first foray into superhero movies, despite many years playing the all-American action hero. The veteran actor has been enjoying a new career high in recent months after scoring critical acclaim – and an Oscar nod – for reprising his role as boxer Rocky Balboa in franchise spin-off, Creed. 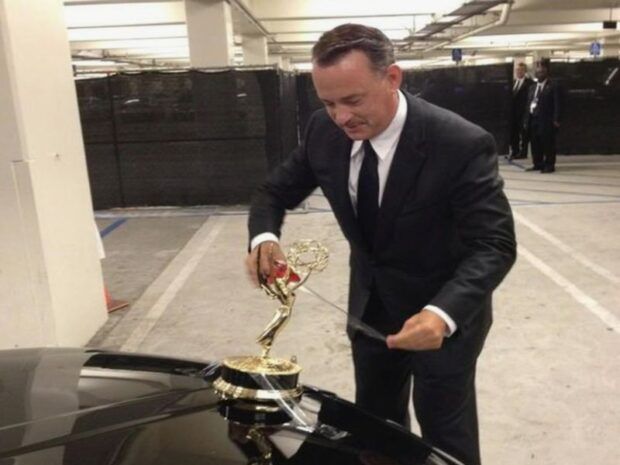 Incredibly Wealthy Hollywood Stars
At some point in our lives, we’ve all dreamed of the promise of a better life. Luxury cars, big houses, and having not a care in the world for the ...
click here to read more
Advertisement - Continue reading below
Share  On Facebook