The House of Cards actress’ involvement in the film had been previously speculated. Her daughter Dylan Penn (Robin Wright and Sean Penn’s daughter) inadvertently confirmed the rumor at a pre-Golden Globes party in January.

When asked if she’d be attending the big show with her mother, she told The Hollywood Reporter: “No, she’s not going,” she replied. “She’s training to be a super hero for a movie.”

In the promotional shot she is pictured alongside her niece Diana Prince/Wonder Woman in full battle dress, including body armor with arrows slung across her body.

The actress is one of a trio of Amazonian women who help raise young Prince. Diana’s mother Hippolyta is played by Gladiator actress Connie Nielsen, 50, and her other military aunt, Antiope’s lieutenant Menalippe, is played by Norwegian actress Lisa Loven Kongsli, 36.

The women put on an impressive display of strength and fearlessness in the highly anticipated film, directed by Patty Jenkins of Monster fame, which is set for release in June 2017.

Wonder Woman will be an origin story charting the transformation of the Amazon Princess Price into a great female warrior and hero. The women inhabit the mystical island of Themyscira, the birthplace of Wonder Woman, where Amazon women of Greek myth have thrived for centuries, free to self-govern away from the gaze of man.

Jenkins revealed that Prince is the only child on the island, and the three women have very different ways of raising her. Mother Hippolyta is protective and aims to keep Diana on Themyscira for as long as possible, while Wright’s character Antiope is responsible for Prince’s training, and wants to prepare her to be a warrior.

“She is the only child they raised together,” said Jenkins, who is currently entrenched on the film’s production in London. “And their love for her manifests in a different way for each of them,” she adds.

Wonder Woman‘s introduction in Batman v Superman: Dawn of Justice, is considered to be one of the highlights of the movie. She has a crucial role in the first Justice League movie due out in November 2017. 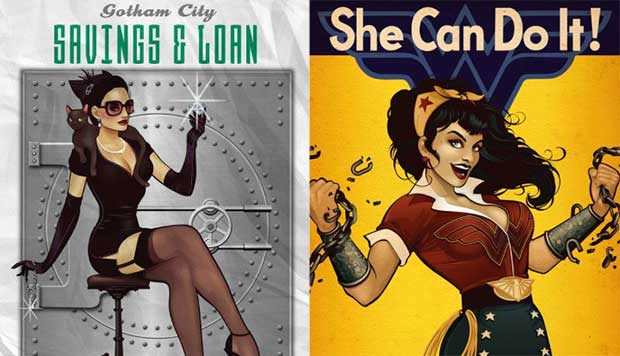