Filmmaker Roman Polanski is hopeful a Los Angeles judge will pull a long-standing warrant for his arrest and allow him to serve probation relating to a 1970s sex crime conviction.

The Oscar winner has been wanted by American authorities for almost 40 years, after fleeing the U.S. following his 1977 conviction for unlawful sexual intercourse with a 13-year-old girl.

Polanski maintains he fled for Europe in 1978 because he feared the now-deceased judge overseeing his case would renege on a plea deal stipulating he would only serve a maximum 48-day sentence. He had already served 42 days behind bars.

The director, who holds French and Polish citizenship, has mostly lived in the two countries ever since, but he recently instructed his lawyer, Harland Braun, to try and clear up the issue once and for all.

Last week, Braun filed a motion in Los Angeles County Superior Court to unseal a secret transcript of testimony of prosecutors allegedly agreeing to the plea deal, and a hearing has now been set for February 24.

“Once we unseal the secret transcript…Roman will return to be sentenced to probation and end the issue of an outstanding arrest warrant,” he tells Deadline.

Despite largely laying low in Europe, Polanski has encountered a number of attempts from U.S. authorities to extradite him.

In 2009, he was imprisoned in Switzerland, only for officials to reject U.S. prosecutors’ request for extradition.

Lawmakers in Poland, the country of his birth, have also attempted to extradite him to the U.S., but in December last year, judges at the country’s Supreme Court ruled he could not be sent back to America.

If the upcoming hearing goes Polanski’s way, it would pave the way for him to travel as a free man around the globe.

According to TMZ, The Pianist director is aiming to bring legal proceedings to a close in order visit his actress daughter Morgane Polanski, who stars in the History Channel TV show Vikings, in the U.K. and the grave of his wife, Sharon Tate, who was murdered by followers of cult leader Charles Manson in 1969. 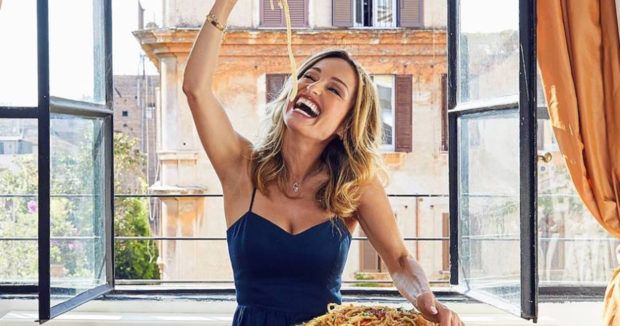 What's Cooking Behind the Celebrity Chef Smile of Giada De Laurentiis?
Giada De Laurentiis has perfected the art of becoming a television personality, and has established herself as an expert on television. She has won over audiences with her easy-to-follow cooking ...
click here to read more
Advertisement - Continue reading below
Advertisement - Continue reading below
Share  On Facebook