Ruptured Aorta Revealed as Alan Thicke’s Cause of Death

The Growing Pains actor/musician was playing hockey with his 19-year-old son Carter on the morning of December 13 when he suffered a heart attack.

Emergency services were called and the 69-year-old was admitted to Providence St. Joseph’s Medical Center in Burbank, California, where surgeons tried to perform a median sternotomy, which involves cracking open the sternum to allow them to operate on the heart.

However, he didn’t survive and passed away at 2:14pm local time, just three hours after his medical emergency.

Los Angeles coroners have since confirmed the heart attack as his cause of death, according to the death certificate obtained by TMZ.

The news emerges two days after Thicke was laid to rest in a private funeral in Santa Barbara, California, where his singer son Robin Thicke was pictured struggling to control his emotions.

His widow, Tanya Callau, broke her silence over the tragic loss in a statement issued to People on Tuesday, expressing her gratitude for the love shown to her by her late husband’s millions of fans.

“It is with gut wrenching sadness and unbelievable grief that I thank everyone from the bottom of my heart for the outpouring of love and support during this unimaginable time,” the 41-year-old wrote.

“Through tears and smiles our dearest of family and friends came together at our home to celebrate the life of my sweet and devoted husband Alan Thicke.”

She added, “Yesterday, along with my stepsons and our combined extended family, we laid my beloved husband, soul mate and the patriarch of our family to rest. We ask that you respect our privacy during this time of profound mourning.” 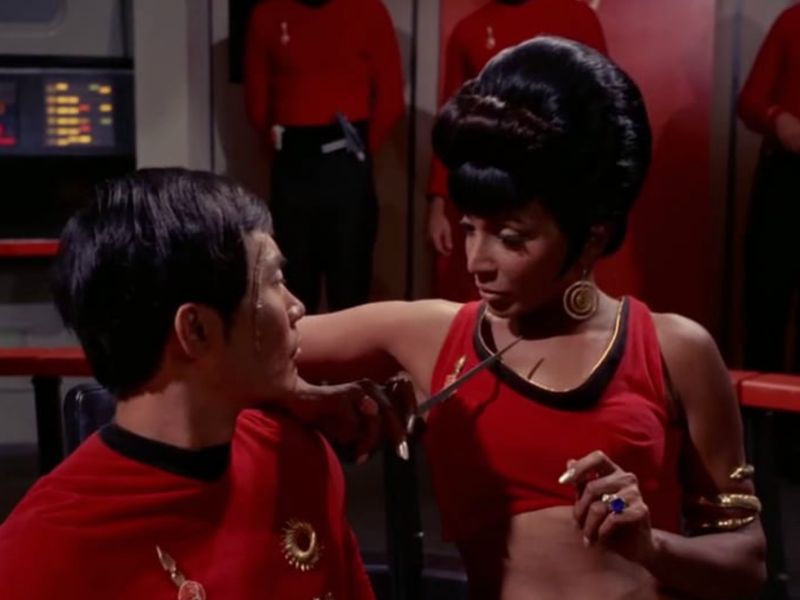 ‘Star Trek’ Behind the Scenes Scandals
On September 8, 1966, the world was introduced to the hugely popular Star Trek series, created by the legendary Gene Roddenberry. Through a long maze of changing concepts, low budgets, ...
click here to read more
Advertisement - Continue reading below
Share  On Facebook