Russell Crowe Will Not Face Charges Over Azealia Banks Altercation

Russell Crowe will not face charges over his altercation with rapper Azealia Banks.

The “212” star accused the actor of spitting on her, calling her derogatory names and carrying her out of his hotel suite in Beverly Hills following an incident at a dinner party in October, and when the Oscar-winner refused to apologize, she filed a police report.

Officials at the Los Angeles District Attorney’s Office investigated the incident, but they have decided to not move forward with the case, explaining Crowe’s actions were “justified to prevent the imminent violence threatened by Banks.”

Following the incident, rapper RZA, who invited Banks to the dinner party as his guest, defended the actor against the allegations she made, insisting Banks was “obnoxious” at the bash, and “threatening” other people.

“Before the night is over Azealia is insulting half the room she becomes loud and obnoxious,” he wrote on Facebook days after the spat. “There was nothing funny about her behavior. I felt a little embarrassed because she was my guest. Still verbal abuse can be tolerated but when it goes physical…

“Azealia threaten [sic] to cut a girl in the face with a glass, then actually grabs a glass and physically attacks for no logical reason,” he continued. “Russell blocked the attack and expelled her from the suite. Seeing is believing and I saw her behave as an obnoxious erratic individual and in the circles I frequent this was unprecedented. I was totally puzzles [sic] by her and thought maybe meds or booze or something had her zoned out.”

He also disputed her claims that Crowe called her a derogatory name.

Before the incident, RZA was reportedly trying to broker a record deal for Banks, but she falsely announced a contract had been sealed before any agreement was signed.

Crowe has not commented on the incident, but he reportedly hired top Los Angeles attorney Shawn Holley to represent him. 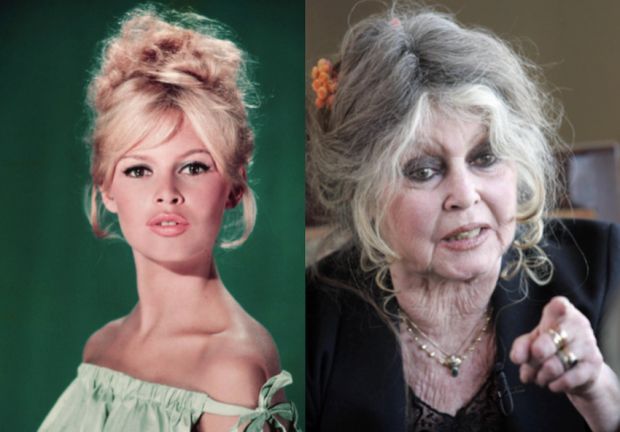 Celebrities Who are Aging Horribly
We all have to deal with the joys of getting older.  Aging is just a part of life.  But for most of us, we get to do it in private ...
click here to read more
Advertisement - Continue reading below
Share  On Facebook