We are often told to tip our servers a percentage of the check, which is a customary ‘thank-you’ for good service. Even the advice guru Emily Post offers a general tipping guide for waiters, hosts, bartenders and bathroom attendants.

In the case of Sarah Clark — a server and bartender at Pita Jungle in Phoenix, Arizona – a hefty tip came just in time. Clark, who is pregnant and expecting her first child on January 8, was working behind the bar when an unexpected $900 gratuity was added to a takeout order for $61.30.

“It was a pretty busy mid-day Saturday and Sarah was behind the bar cleaning and taking to-go orders,” Blake Paige, assistant manager at Pita Jungle in the Norterra Mall in Phoenix, told Your Daily Dish.

Page said Clark worked for multiple Pita Jungles, a healthy eatery chain located in Arizona, and was one of the first hired since its Phoenix location opening.

“Her personality in general is just awesome,” Paige told Your Daily Dish. “She’s great with all the customers. She has a super natural way to deal with people. She’s one of our shift leaders here so she also takes care of stuff when me or the general manager can’t be here. Pretty much every time we hire someone, she’ll train them on at least one shift.”

Clark has been a Pita Jungle employee for seven years, but never quite encountered such generosity. She told the CBS affiliate in Arizona that the tip came at a time which was very much needed.

“I don’t know if she really understands how much this is going to help us this season,” she said. “It’s a huge, huge help for me and my family. Me being on maternity leave and my fiance being out of work [while recovering from leg surgery], we’re not going to be making any income. So this is really going to help with rent and other bills and things like that.”

The customer left a note on the bill along with her benevolent donation:

“This is God’s money — He gave it to us so we could give it to you. God bless,” the customer wrote.

Clark didn’t notice the $900 tip until after the customer took her food and left, which happily shocked her.

The assistant manager confirmed to Your Daily Dish the customer who tipped Clark was also pregnant and a regular at the restaurant.

“She comes in here a lot but I never spoke to her before,” Paige told Your Daily Dish. “I thought it was incredible. Her fiance just had surgery so they were stressing about money a little bit. I couldn’t think of another person who would deserve it more. She really needed it. It came at a perfect time.” 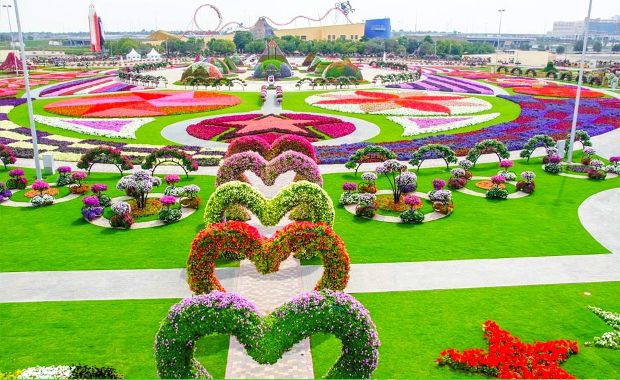 The Most Beautiful Gardens in the World
Have you ever wondered what gardens look like in other countries? Sure, you may have visited beautiful gardens here in America, of which there are plenty, but gardens in far ...
click here to read more
Advertisement - Continue reading below
Share  On Facebook