The Longest Ride hunk, 30, was allegedly spotted arriving “arm in arm” with Victoria’s Secret stunner Lima as they attended a group dinner at New York’s Catch NYC restaurant, and eyewitnesses claim they remained cozy throughout the meal.

“The two were close and affectionate throughout the night,” an onlooker tells Us Magazine.

The stars did not kiss in public, but the source continues, “(They) were always right next to each other and laughing at each other’s, assumingly, flirty jokes, and Scott had his arm around her every chance he could.”

Clint Eastwood’s son has made no secret he’s a fan of the Brazilian beauty after he was caught on camera gazing at the model while attending the IWC Gala Dinner in Geneva, Switzerland in January.

He poked fun at the incident by sharing a group snap from the red carpet on his Instagram page, and captioned it, “You notice anything different about this photo? I’m the only guy looking left. Must’ve been looking at @adrianalima while the camera guys were yelling at me to look right.”

Had an amazing time the other night at the IWC gala. You notice anything different about this photo? I'm the only guy looking left. Must've been looking at @adrianalima while the camera guys were yelling at me to look right. #B_ORIGINAL #IWCPILOT #IWCSIHH @IWCWATCHES huge thanks to @georgeskern and his lovely wife Monika @monipedia for a wonderful evening.

The runway star, 35, was first spotted with boxing trainer Thomas in January 2015, but they haven’t been photographed together in public since attending the amfAR gala in France on May 19.

Lima was previously married to Serbian basketball player Marko Jaric, but they separated in May 2014, five years after tying the knot. They only finalized the divorce in March, when the model was granted primary custody of their two daughters, 6-year-old Valentina and 3-year-old Sienna.

Meanwhile, Eastwood was linked to former The Vampire Diaries actress Nina Dobrev in April after they were seen together at the Coachella music festival’s Neon Carnival in California. He was also said to have briefly dated model Charlotte McKinney last year. 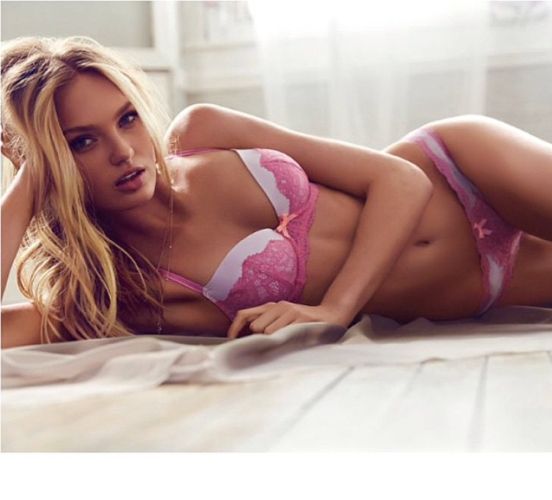 The Heavens Have Released 10 New Victoria’s Secret Angels
THE DOORS TO HEAVEN HAVE OPENED, AND 10 NEW VICTORIA’S SECRET ANGELS HAVE STEPPED OUT The Supermodel Angels will be joining a roster of already established God-sent creatures: Adriana Lima, ...
click here to read more
Advertisement - Continue reading below
Share  On Facebook