Security Stepped Up At Wrestling Match Amid Terrorism Fears

Security has been stepped up for a World Wrestling Entertainment (WWE) match after reports suggested the event could be the target of a terrorist attack.

Agents of the Federal Bureau of Investigation (FBI) are investigating after online activists claimed members of the Islamic State (IS), the terrorist group believed to be behind the Paris attacks earlier this month, were planning to target the WWE Survivor Series event in Atlanta, Georgia.

Hackers of the group known as Anonymous released a list of possible venues and events said to under threat, including the Phillips Arena where the wrestling extravaganza takes place on Sunday.

The event is to feature wrestlers including The Undertaker, who is celebrating his 25th year in the WWE ring in the last Survivor Series event of the season.

A statement from the FBI read, “The FBI is aware of reports of an alleged threat that includes an Atlanta, Georgia venue and event. While we take all threats seriously, we do not have specific or credible information of an attack at this time. We have, however, made the proper notifications as we continue to work closely with our law enforcement and private sector partners to keep our community safe.”

A representative for WWE told Atlanta’s WSB-TV, “WWE Survivor Series is currently scheduled as planned while we investigate the matter with federal, state and local authorities.”

Former WWE wrestler Triple H, real name Paul Levesque, took to Twitter on Saturday to confirm the Survivor Series event was going ahead as planned, but security measures will be increased.

.@WWE Survivor Series is currently scheduled as planned while we investigate reports with authorities.

He wrote, “Federal, state and local law enforcement authorities have confirmed there is no specific or credible information involving a threat against tomorrow’s WWE Survivor Series at Philips Arena. However, WWE and Philips Arena have coordinated with the appropriate agencies and law enforcement, and significantly increased security measures to ensure the safety of all those in attendance, which is our highest priority. Doors will open at 6 p.m. to help fans avoid any delays in entering the arena due to the additional precautionary security procedures put in place. Fans are encouraged to take public transportation… to the event and are advised that bags will not be permitted in the arena.”

More than 130 people were killed in the terrorist attacks that hit Paris, France on November 13.

Armed men slaughtered innocent bystanders at restaurants and bars, and detonated suicide bombs outside the capital’s soccer stadium Stade de France. More than 80 revelers were killed at the Bataclan music venue, where U.S. rockers Eagles of Death Metal were performing. Terrorists took hostages, and later detonated explosives after a stand-off with French police. 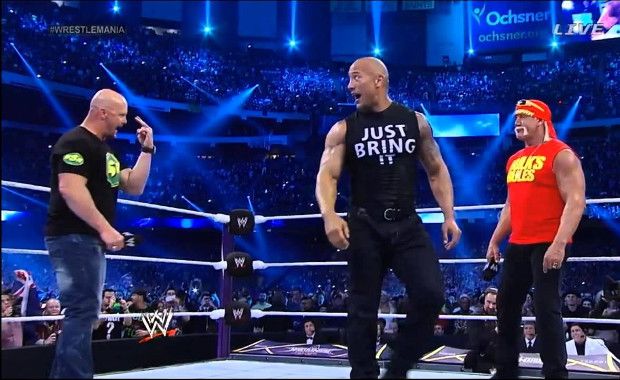