Can You Spot the Snow Leopard Hidden in This Photo?

Part of the reason the snow leopard is one of nature’s most dangerous hunters is its ability to camouflage itself. Can you spot the predator stalking his prey in this photo?

Have you given up? Watch the video below to see the snow leopard’s location.

While their hunting skills make them a dangerous predator, snow leopards are just as vulnerable to climate change and habitat overdevelopment as most species. According to Defenders of Wildlife,

“Very rare in most of their range, an estimated 3,500 to 7,000 snow leopards are left in the wild, with 600 – 700 in zoos around the world. Exact numbers in the wild have not been determined due to the snow leopard’s shy nature.”

Be sure to SHARE this puzzle with any of the animal lovers in your life, and click here to find out how you can help snow leopards and other animals. 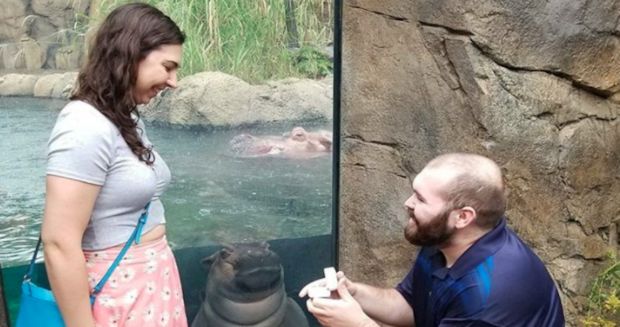 WATCH: Adorable Baby Hippo Photobombs Couple's Marriage Proposal
Everybody wants to have a memorable engagement story, and that’s exactly what one couple got when Fiona, a hippo, photobombed them and stole the spotlight of their special moment. Nick ...
click here to read more
Advertisement - Continue reading below
Advertisement - Continue reading below
Share  On Facebook