Suicide Squad has killed off the competition at the North American box office with a record-breaking $135.1 million debut.

The supervillain action movie, starring the likes of Jared Leto as The Joker, Will Smith as Deadshot, and Margot Robbie as Harley Quinn, was panned by critics, but fans decided to give director David Ayer the benefit of the doubt and flocked to cinemas upon the DC Comics film’s release on Thursday night.

Its box office haul is also the third-biggest opening of the year to date, behind Batman v Superman: Dawn of Justice, which raked in a stunning $166 million in March, and Captain America: Civil War, which set the 2016 record in May with a whopping $181 million.

Suicide Squad also dominated the global market, taking $132 million outside the U.S. and Canada in its opening weekend.

Meanwhile, Matt Damon’s return as Jason Bourne was no match for the Suicide Squad, slipping to number two in its second week of release with $22.7 million.

Comedy Bad Moms takes third place, while animated movie The Secret Life of Pets, and sci-fi blockbuster Star Trek Beyond round out the top five at four and five, respectively.

Suicide Squad had been on course for a bumper box office opening after breaking pre-sale records at top ticket site Fandango, and experts correctly predicted the movie would easily top $130 million in North America, even after it was given a critical mauling in previews.

The bad reviews prompted Ayer and many of the film’s stars to speak out and defend the all-action picture, which also features Joel Kinnaman, Cara Delevingne, Jai Courtney and Viola Davis.

“The critics have been absolutely horrific,” Delevingne told Reuters. “They’re really, really horrible… It doesn’t really matter what the critics say at the end of the day, it’s the fans that we made this movie for.”

Will Smith echoed Delevingne’s sentiments, saying, “I think people had expectations that may have been different, but I’m excited for the fans to get to vote,” while Robbie added, “Critical acclaim is really nice, but we made it for the fans. If the fans like it, then we did our job.” 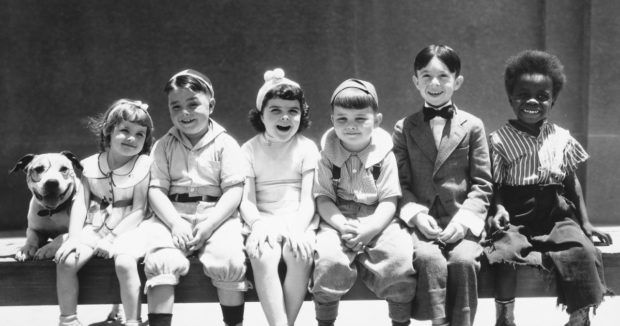 Then and Now: What Happened to the Cast of ‘The Little Rascals?’
The Little Rascals television show, which debuted in 1955, introduced a band of ragtag children to the world. They were born from the 1922-1938 Our Gang shorts from MGM. Producer/creator ...
click here to read more
Advertisement - Continue reading below
Advertisement - Continue reading below
Share  On Facebook