The former National Football League (NFL) player has made a name for himself in Hollywood in recent years, having showed off his muscles in films such as White Chicks and in the TV sitcom Brooklyn Nine-Nine.

Crews’ hours in the gym paid off when he was shooting 2014’s The Expendables 3, as co-writer and star Stallone decided that he couldn’t kill off the star’s character Hale Caesar due to his seemingly superhuman appearance.

“I was supposed to die. I remember flying over to Europe to get on set for The Expendables 3, and I’m going, ‘Oh man, I was in the first two, why do they have to kill the brother in the third. But I took it, I said, ‘I understand, you’ve got to kill everybody on the show now,” he said during an appearance on Late Night with Seth Meyers on Wednesday night.

“I remember going in and doing a workout, thinking, ‘I’m going to make my death scene really good, get really pumped up for it. And I come out and Sly looks at me and goes, ‘Oh my God, look at this guy, he looks so good, we can’t kill him!’ So he rewrote the script on the spot, so I was only injured.”

Crews has teamed up once again with the Rocky star to host Netflix’s upcoming reality competition show, Ultimate Beastmaster, which features a challenging obstacle course.

“First of all, Sly is like my dad. He basically said, ‘I’m going to make you an action star.’ But he saw that I was hosting Who Wants to Be a Millionaire, hosting other shows, doing New Year stuff too,” said Crews of landing the presenting gig.

In spite of his competitive nature, the 48-year-old admits that he isn’t keen to have a go on the obstacle course.

“I walked up on it, I looked at it, and I went, ‘I survived seven years in the NFL. If I was to blow both knees out right now it would all be a waste,'” he smiled. 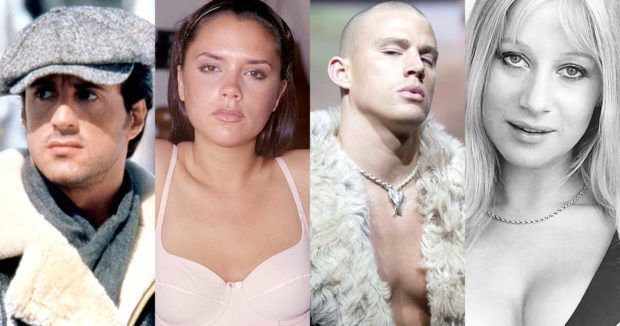 Celebrities Reveal Their First Job Before They Were Famous
There are some celebrities who had weird, odd, and crazy first jobs before they hit it big. They may be actors now, but celebrity first jobs often are more outlandish ...
click here to read more
Advertisement - Continue reading below
Share  On Facebook