Taylor Swift gave an adorable shout out to boyfriend Calvin Harris at the iHeartRadio Music Awards in Los Angeles on Sunday.

The pop star claimed the first award of the night when she was named Female Artist of the Year, and she went on to win Album of the Year for 1989, the Most Meme-able Moment for her “Crazy Girl with Running Mascara” from the “Blank Space” video and Best Tour.

For the latter gong, Swift couldn’t help but gush over her beau, whose real name is Adam Richard Wiles, as she took to the stage after being introduced by Justin Timberlake.

“For the first time I had the most amazing person to come home to when the crowds were all gone and the spotlight went out so I’d like to thank my boyfriend Adam for that,” she said.

It was also a successful evening for Harris in every sense of the word, as he accepted the Dance Artist of the Year title.

Meanwhile, Swift used her acceptance speech for the Female Artist of the Year gong to thank her famous “squad” of friends, which includes Selena Gomez, Gigi Hadid, Karlie Kloss and Lena Dunham.

“I want to thank my friends,” she said. “You guys were always there when I had questions, ‘Do you like this song? Is this the right direction to go in?’ They were the ones who reinforced me and said, ‘You’re doing the right thing.’ ”

She later shared several snaps from the evening on her Instagram page, writing: “The #iheartawards were magical and I’m so grateful for everything you’ve made happen in the last 10 years. I don’t take one second of this for granted. I love you so much.”

As well as cheering on Swift, Gomez had a big night herself, as she was named the ceremony’s Triple Threat.

Talking of triple threats, Gomez’s ex Justin Bieber, who opened the show with a performance, picked up three awards, including Male Artist of the Year.

However, it seems rumors of a romance reunion between Gomez and Bieber are entirely untrue. According to Entertainment Tonight, Gomez passed Beiber as she was on her way to take photos and meet the press during the show, but the singer “totally ignored” his former girlfriend.

An eyewitness added to the outlet: “Justin didn’t say a word. Selena then quickly abandoned her trip upstairs to meet the press.”

But later in the evening, it seems Gomez had put any animosity behind her, as she was seen applauding and even giving Bieber a standing ovation as he collected his award for Male Artist of the Year. He also took home gongs for Dance Song of the Year for “Where Are U Now” with Skrillex & Diplo and Best Fan Army for his “Beliebers.”

He also took to the stage at the event to perform his hit song “Sorry.” Other performances came from former One Direction star turned solo artist, Zayn Malik, who belted out new track “Like I Would,” as well as R&B Artist of the Year winner Chris Brown and Jason Derulo.

Derulo also hosted the awards show at The Forum in Inglewood, California.

Song of the Year – “Hello” by Adele

Best Duo/Group of the Year – Maroon 5

Alternative Rock Artist of the Year – Twenty One Pilots

Hip Hop Song of the Year – “Hotline Bling” by Drake

R&B Song of the Year – “Earned It” by The Weeknd

Latin Artist of the Year – Pitbull 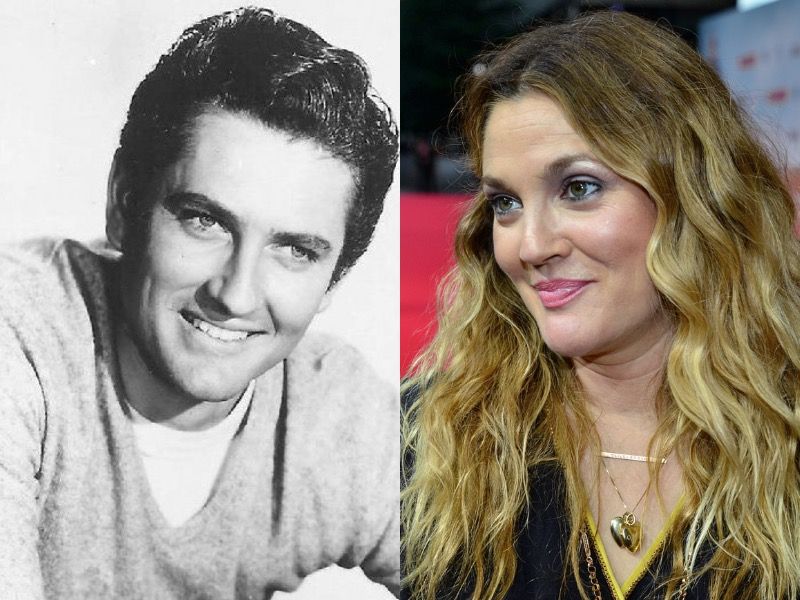 Grandchildren That Are Spitting Images Of Their Famous Grandparents
Numerous celebrities have passed the spotlight onto some of their younger family members… we simply don’t realize it. Today’s generational fame – actors and music artists, have the most incredible ...
click here to read more
Advertisement - Continue reading below
Share  On Facebook