We all have that one friend that people might not expect us to be friends with. Maybe because they’re a little weird or a little different than we are. But friendship should know no bounds.

Kelvin Peña is a true pioneer of this.

You see, Kelvin is very good friends with a deer. A deer he named ‘Money.’ Yes, Money, because in Peña’s words, “His name is Money ‘cause I feel like he deserves that name – money makes me happy and he did too, so I felt like we had a friendship.”

17-year-old Peña lives in Pennsylvania, where deers are aplenty, and was intrigued by his cousin’s ability to feed a deer (one now named Canela).

“One day at my cousin’s house, he was feeding Canela and I thought it was really cool. When I got home I saw Money in my backyard, walked up to him, and noticed he didn’t run away, so I felt we had a connection,” he told BuzzFeed. (NSFW Language in Videos)

Money and Peña have become fast friends, with Money bringing his “squad” to visit time and again:

In the videos, Peña can be seen feeding the deers things like Club Crackers and marshmallows, but after some Tweeters remarked on the unhealthy nature of these snacks, Peña has vowed to feed them healthier foods. Here he is handing out some strawberries to the deer squad.

In order to make sure Money and his companions continue to have healthy snacks to eat, Peña has created deer squad T-Shirts to fund their food supply.

“It means a lot that he feels he and his fam can come through, so I respect them and I want them to be healthy, so I’ve been buying fruit for them,” he told BuzzFeed.

I defy you to find a more wholesome friendship than this one. 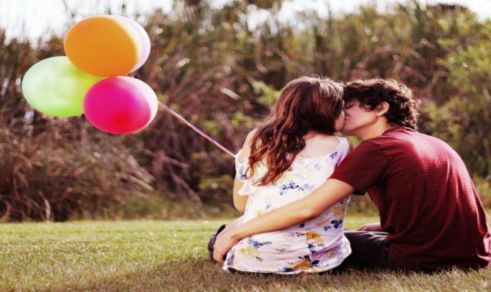