That’s the premise behind Danish-based travel site Momondo’s new ad campaign that asks 67 individuals where they came from and who they are, and then asked them to take a DNA test to find out if they really knew their families’ origins. “Would you dare to question who you really are?” asks the campaign at the beginning of the video.

What occurred is a five-minute video of stirring emotional power. Many of the featured individuals hold strong convictions of their family lineage. They are “100 percent” this or that: Icelandic, French, Kurdish. Many hold prejudice against a certain group of people, like the Englishman who dislikes Germans, or the Bangladeshi man who resents Indians and Pakistanis.

They are asked if they’d be willing to take a DNA test to find out their true heritage. They agree, though many are admittedly fearful of the results.

“What could you possibly tell me that I don’t know?” asks one participant. Turns out for many of them, there’s a lot.

“There would be no such thing as extremism in the world if people knew their heritage like that. Like, who would be stupid enough to think of such thing as, like, a pure race?” said Aurelie, certain of her 100 percent French heritage, only to discover she was mostly British.

In a time when racial tensions seem to be heightened, Momondo’s campaign sends a resonating message:

“You have more in common with the world than you think… An open world begins with an open mind.” 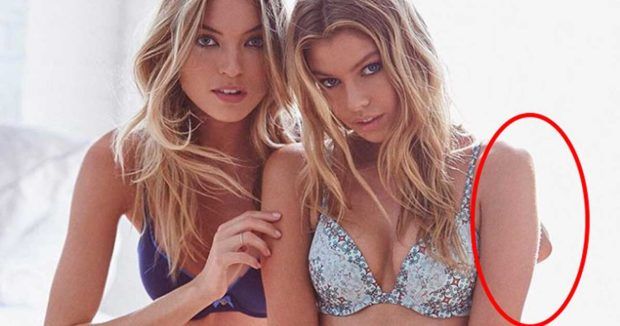 Celebrities Didn't Notice These Mistakes Before Posting These Photoshop Fails
Posting images to social media usually comes with little drama. We’re just posting our best food face for all our friends to see. Of course, when you’re a celebrity, you’re ...
click here to read more
Advertisement - Continue reading below
Advertisement - Continue reading below
Share  On Facebook