Twins Separated During WWII Find One Another 70 Years Later

“In my heart, I always had a feeling I did have a twin brother.”

Those are the words of Lucian Poznanski, a man who has spent his entire life in Poland. Poznanski, who was adopted as a baby, was sent information about his birth mother last year. It was then Poznanski discovered something about his past he had never known before: he had a long-lost twin brother.

Half a world away, George Skrzynecky had grown up in California. Since the 1960’s, Skrzynecky had known he had a younger twin brother, but the Red Cross had been able to find no evidence or clues to his whereabouts.

“All my life, I want to know my family,” said Skrzynecky. “I never lost hope. I was always thinking, ‘One day, one day I’m gonna find my brother.’”

Their mother, Elizabeth, was pregnant with twins when Germany invaded Poland and occupied the country. Elizabeth was sent to a forced labor camp, but her pregnancy turned troubling when she became ill. She was released and wound up in Kassel, Germany, where she gave birth. The babies were taken from her and both were adopted by separate families. After Elizabeth recovered, she sought out her children, but was not told their whereabouts. She never saw her children again.

With the information Poznanski discovered in 2014, he was soon able to track his older brother to California. They connected and Poznanski decided he needed to come to Poland to meet his younger brother for the first time.

The BBC was on hand to witness their historic meeting.

“I don’t know how to say ‘Thank you.’ I’m so grateful to the Red Cross who helped me so much,” Poznanski said, tears of gratitude and love welling in his eyes. 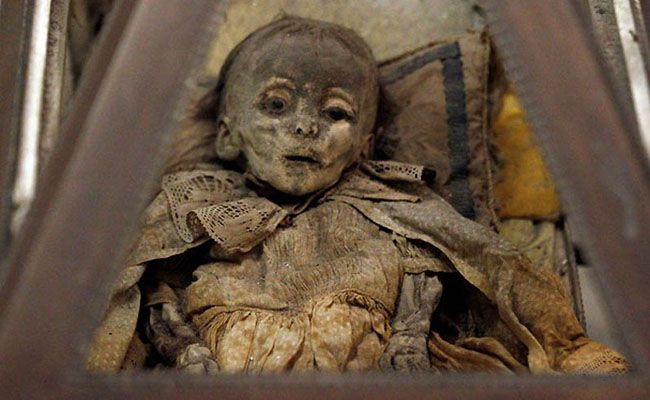 The Most Frightening Places on Earth to Visit
Bermuda, The Cambodian Coast, Cape Town, Hawaii, and Chile are just some of the top tourist destinations in the world. International travelers love to see fascinating jungles, beautiful beaches, awe-inspiring rock formations, ...
click here to read more
Advertisement - Continue reading below
Share  On Facebook