Dog is usually man’s best friend, but these puppies are most definitely BFFs.

The two dogs are taking over Asian social media site Weibo after photos of the adorable pair were posted online. According to the Daily Mail, the puppies were found on the streets of China with the larger, older pup hugging his black-furred companion.

Buddhist nuns reportedly adopted the two, but that didn’t stop the hugging. Multiple photos show the puppies sitting casually in the same position: the bigger one sitting upright with his paws around his tiny friend.

As the Daily Mail notes, it seems the one puppy has taken to “zen” poses, “learning meditation from the nuns.”

Although it’s sad they were abandoned, seeing them in the care of loving new owners will bring a smile to any face. 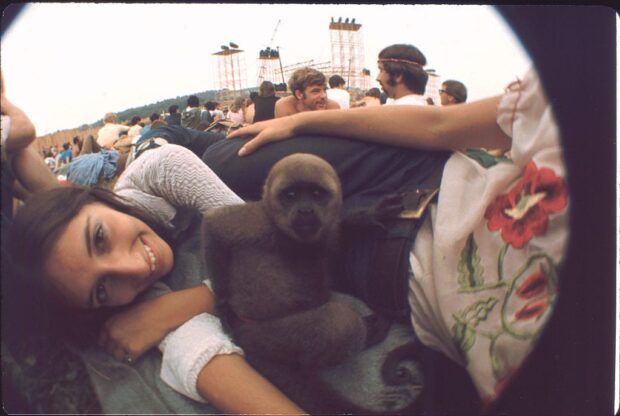 Never-Before-Seen Pictures From Woodstock That Capture the Historic Festival
On Aug. 15, 1969, hundreds of thousands of people descended upon the tiny town of Woodstock, New York. Well, no. In actuality, people intending to go to the “once-in-a-generation” music ...
click here to read more
Advertisement - Continue reading below
Share  On Facebook