Anyone up for a dip in the pool?

In a video posted to Facebook, a bear got caught red-handed taking a quick swim in a pool. Marilyn Di Filippo spotted the very large bear in her pool playing with a purple pool noodle and caught the moment on camera.

The bear was first spotted during Shannon Lievense’s visit to her parent’s house in Southern California on Father’s Day. Lievense noticed some out of place footprints and followed them where she spotted the bear. The bear then ran around the corner and jumped into the pool.

“He continued to play around for about 20 minutes. We watched him play with the different rafts and my baby’s pool toys,” Lievense said.

Lievense explained that bears are common in the San Gabriel Valley neighborhood where her parents live. People know not to bother them and to just “give them space.”

It seems like the bear was just looking for a place to cool down in the high rising heat.

“Bear taking a dip in the pool, trying to beat the triple digit temps,” Di Fillippo captioned the video.

Southern California has reached record-breaking temperatures in the past few days with highs reaching 120 degrees. 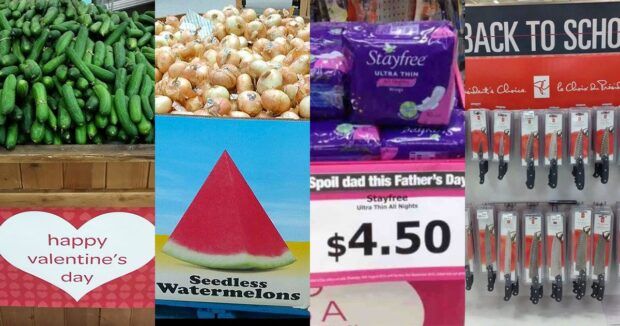 These Supermarket Fails Are Completely and Utterly Ridiculous
Everybody who is reading this has likely been in a supermarket where an item was labeled wrong. These things happen and no, you’re not getting 80 more cents off your ...
click here to read more
Advertisement - Continue reading below
Share  On Facebook