What happens when a stand-up comic switches jobs with a fashion editor? Just ask Amy Schumer.

Schumer will grace the June cover of Vogue and in order to prep for the photo shoot she swapped jobs with Anna Wintour, the editor-in-chief of Vogue.

In the hilarious parody, Schumer is sitting across from the intimidating Wintour discussing the cover of the magazine when they start to debate the difficulty of their jobs and which one is easier. The both agree to switch lives for the day to find out which one truly has the easier day job.

Schumer is in for a rude awakening when she finds out being a fashion editor isn’t as easy as it seems. The Trainwreck actress struggles to walk in heels and make fashion choices based on two nearly identical tops. Schumer, who plays off Wintour’s classic look with oversized glasses and a large coffee, even struggles with the funky looking greens on her plate during lunch.

As for Wintour, being a stand-up comic is a breeze.

She continued, “So that’s my time. But remember, Wintour is coming,” she says as she drop the mic with an epic Game of Thrones pun.

If that whole fashion career caves, it looks like Wintour could have a career as Schumer’s stand-up sidekick.

Schumer’s Vogue cover is out now. Check out the full video below. 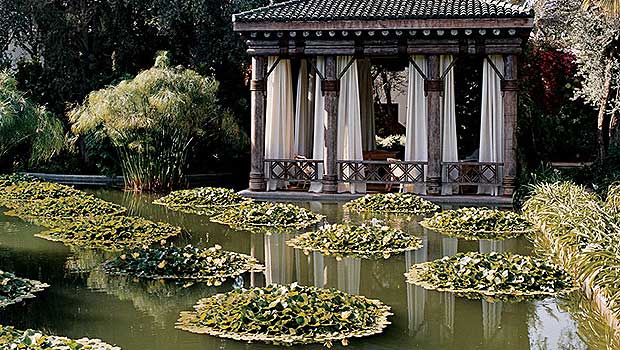 The Most Glamorous Gardens Featured in ‘Vogue’
Vogue magazine has opened its vault to take readers through years of beautiful garden photography, whether it’s the stunning gardens at the White House in Washington, D.C., or the idyllic Old World ...
click here to read more
Advertisement - Continue reading below
Share  On Facebook