Thanks to the Border Network of Human Rights, family members are getting to spend a few priceless minutes together.

As part of the #HugsNotWalls campaign, the Border Network of Human Rights, which is a human advocacy organization, opened the border between Mexico and the United States to help family members reunite with their loved ones for just three minutes.

During the precious three minutes, the United States occupants wore blue and the Mexicans wore white to distinguish the populations. This is the second time the Border Network of Human Rights has held this event on the border of the Grande Rio Canal area.

While three minutes might not seem like a long time for a reunion, it seems like hours for family members who have not seen their loved ones in years.

“It has been 14 years since I’ve seen my father. It is a blessing to be here, a blessing,” a United States resident explained.

According to their website, the Border Network for Human Rights hopes the #HugsNotWalls campaign will be “an act of love and protest to denounce U.S. border and immigration strategies that have deported millions of immigrant workers and dramatically separated families.”

“This event takes place at a critical moment in the history of the United States, where immigrant families are being targeted by hateful rhetoric that criminalizes them and that militarizes border communities,” the Border Network for Human Rights explained.

Check out the emotional and heartwarming reunion below. 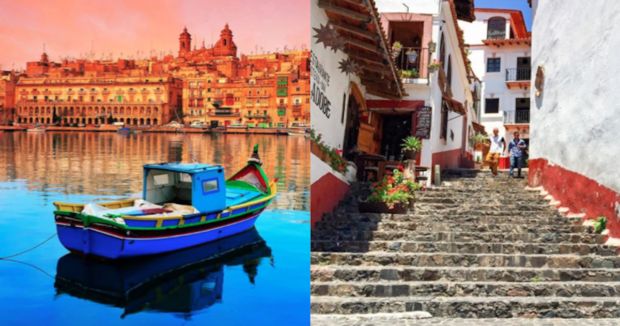 Check Out These Best Places to Retire Around the World
When you’re looking for best places to retire, Florida may seem like an obvious choice. However, when comparing the sunshine state with other places around the globe, Florida seems to ...
click here to read more
Advertisement - Continue reading below
Advertisement - Continue reading below
Share  On Facebook