A group of teachers decided to do something special for their students, and the results are sure to being a tear to your eye.

Jamie McSparin, a teacher at Kansas City’s Oak Park High School, posed a challenge to her fellow teachers. McSparin told each of her coworkers to choose one student who inspires them to come to work every day, and then to tell that student in person how glad they are to teach them. Each interaction was videoed, and eventually cut together into a nearly seven minute presentation.

McSparin explained her motivation came from the desire to normalize interaction with students and teachers, as opposed to the former always thinking they were in trouble with the latter.

“We’d look up their schedule and pull the kids from class for 30 seconds and the kids were all like, ‘Oh my gosh, did I not turn something in?’ and we’re like, ‘No, no, just stand there.’ Any teacher/student interaction always seems to be negative, and that was something that bothered me, too. No matter if they’re a good kid or a troublemaker or anything, they always thought they were in trouble.”

She was further inspired by gratitude letters that the student body had written to teachers last year. “I figured, why can’t we flip that around?” said McSparin. “Because we really do (feel gratitude towards students), but a lot of times they don’t know that.”

After weeks of preparation, the filming went better than anyone expected, with emotions running high from both students and teachers alike. McSparin herself was particularly moved by the wide range of students her coworkers chose.

“Academically and demographically, they’re all different. It started that dialogue between teachers and students, which humanizes the whole experience. It’s not, ‘Here, I’m teaching you.’ It’s ‘Let’s build a relationship and make this an experience.’”

The video seems to have a been a good experience for all involved. For example, McSparin said that, “Some teachers would come up to me two or three days later and say, ‘I’m having a bad day. Let’s do another video.’”

After the final cut of the video was completed, it was screened for the entire staff in early October. Following that, it was decided to share the clip with the world on Youtube, where it’s garnered nearly 5000 reviews in less than two days.

For her part, McSparin has a simple outlook on why the project was so successful.

“I think the takeaway is just to be positive on all occasions. Smile at people and tell them they’re doing a good job,” said McSparin. 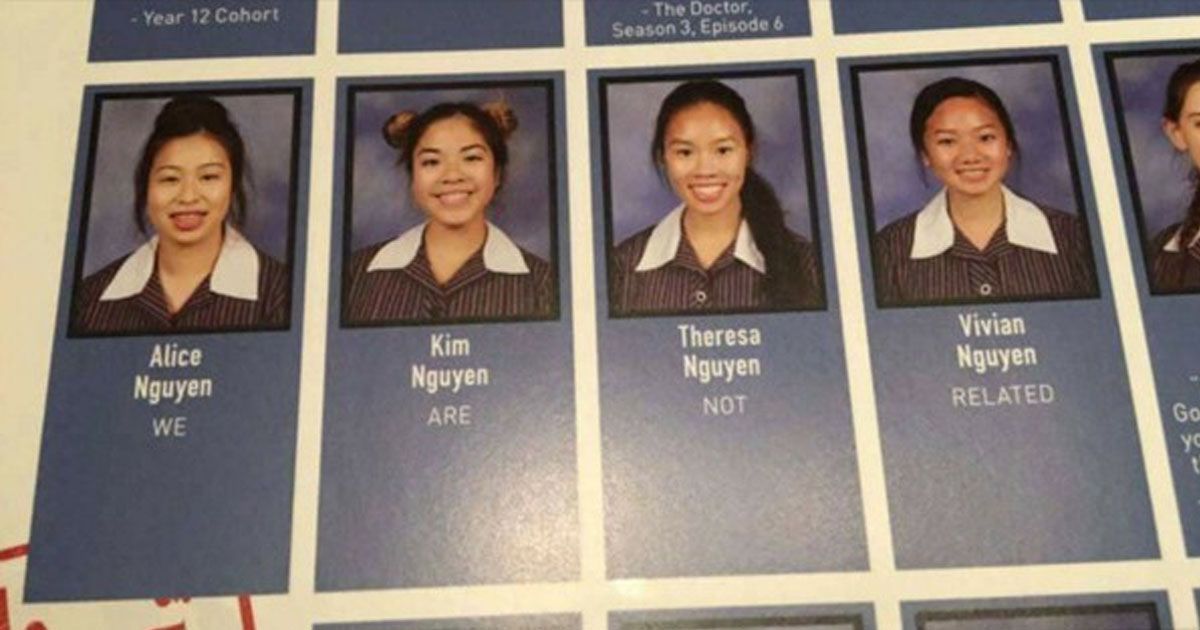 These Hilarious Senior Quotes Got Past the Yearbook Editor
High school yearbooks are a good way to look back and reminisce about memories with your friends. We all love remembering what life was like back in the day, even if ...
click here to read more
Advertisement - Continue reading below
Share  On Facebook