An MLB ballboy made a superhuman effort to knock down a foul ball this weekend.

Scott Masler, a two-year ballboy for the Oakland Athletics, attempted to snag a screaming foul line drive during Monday’s game between the A’s and the Los Angeles Angels of Anaheim.

The ball was lined directly at the Oakland bullpen, and Masler attempted to make a diving stop before the ball hit any of the players. Unfortunately the hit got passed him.

The ballboy spoke to MLB.com about the play, describing the conditions that led to it.

“The sun is really bright at the Coliseum during that time of day, so the ball kind of blends in a little bit,” said Masler. “It also took a bad hop. Nine times out of 10, I make that play. I’m still pretty upset I didn’t make the play.”

After Masler whiffed, the ball actually grazed A’s pitcher Chris Smith’s head. The player was caught on camera angrily reacting, however Masler insisted Smith was simply joking, saying, “He was just joking, trying to make me feel bad. It barely skimmed his head. He appreciated the effort and was more just having fun with me.”

According to Masler, other members of the team and coaching staff commended him on the play, saying they, “mostly just said it was a good effort.” Other team personnel even tried to give him pointers for the future.

“[Third-base coach] Ron Washington tried to give me a breakdown on how to dive better,” said Masler.

Luckily for Masler, the viral video of the whiff won’t be his only standout moment this season, as an earlier play he made in April also became very popular with fans. 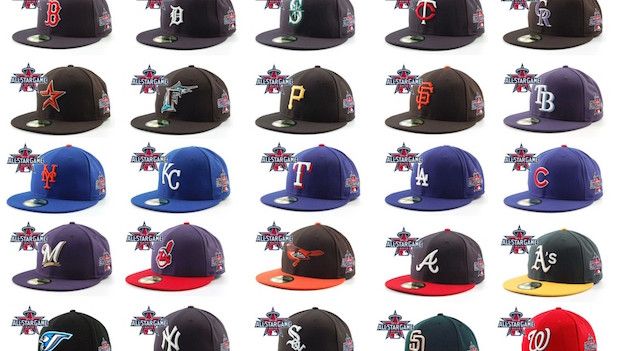 How Well Do You Know Baseball Uniforms and Logos?
Spring is in the air — and that means baseball is back. As the national pastime begins a new season, fans look forward to all the “rights of spring” highlighted ...
click here to read more
Advertisement - Continue reading below
Share  On Facebook