Just after making its official debut at the South by Southwest Film Festival, Sony Pictures released the new trailer for Sausage Party, the R-rather animated comedy co-written and produced by Seth Rogen.

Directed by Conrad Vernon and Greg Tiernan, Sausage Party tells the story of what happens to food when it leaves the grocery store. Once they find out the truth (that they are eaten), a sausage leads a group of food products on a mission to expose the honest truth about their lives and what they are really there for.

The red-band trailer teases the foul language and harsh food violence that will take place.

“Once you see that sh–, it’ll f— you up for life,” a Twinkie recalls to Rogen’s sausage character as a look-a-like Saving Private Ryan sequence plays onscreen.

“I’m even shocked, and we made it,” Rogen said regarding the film after the screening ended.

The unusual film got a huge positive reaction at the first screening at South by Southwest on Monday. Critics shared their thoughts on social media, praising the R-rated comedy.

It took 17 years but SAUSAGE PARTY is finally the R-rated smart and crazy animated comedy we've wanted since the SOUTH PARK movie. #SXSW

Will do for animated movies what DEADPOOL did for supes. Look out, Pixar! #SausageParty https://t.co/k0R1mcXXut

Check out the red-band trailer below and catch Sausage Party in theaters August 12. 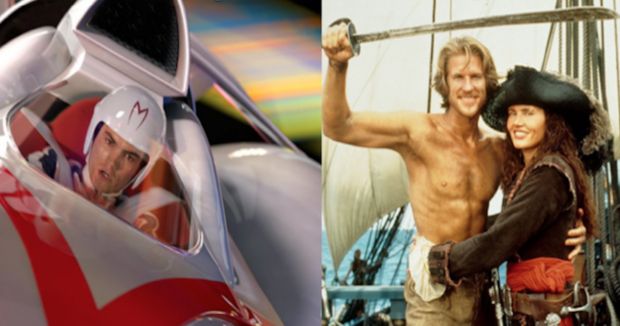 Biggest Box Office Flops: Which Films Lost the Most Money?
Big budgets and major marketing expenses often lead a movie down a bad path. Some productions are lucky enough to have mega budgets, but sometimes they can get overly complicated ...
click here to read more
Advertisement - Continue reading below
Advertisement - Continue reading below
Share  On Facebook