If you’ve ever wondered what it would be like to sleep with a sloth (which why wouldn’t you?), now’s your chance. The Wildlife Sanctuary in Rainier, Oregon offers a unique experience — sloth sleepovers, where your bunk mate is an actual real-life sloth.

Because they seem slow and lazy, sloths were named after the sin of —you guessed it — sloth. However, that idleness is their natural way of conserving energy. Sloths move only when necessary at an average speed of 10 feet per minute, so basically any movement can turn into a long night. Like most slumber parties don’t expect to get any sleep — you’ll be wide awake all night watching these adorable three-toed critters lounge about.

The center, which provides everything you need for your sloth slumber party, is described as an “endangered captive species conservation and data collection, teaching and learning center.” Once inside, the sloth ambassador colony habitat – which is chaperoned by a handler – becomes a strict “library voices” only zone. Questions can be asked via text to your “slothologist.”

Sloths sleep during the day and need about 10 hours like humans.  Guests observe and interact with a colony of sloths during their most active time of day, which is in the evening.

When in the sloth’s habitat, there are strict rules that sleepover guests must abide. The site asks that you leave your perfume and cigarettes behind, as the sloths are highly sensitive and don’t like strong odors. There is a tendency to go home smelling like a sloth, but it’s not bad considering that they smell like the rain forest. There is also a strict no alcohol policy, as it impairs judgement. The site clearly states, “You will be asked to leave — no refund given — zero.”

The sleeping arrangements accommodate up to eight campers in the habitat with four double-occupancy tent cots per habitat. On Saturdays, your sleepover begins at 8 p.m. and ends at 7 a.m.-”ish.” The cost is $600, whether you have one or two occupants in your tent, and it operates year round. On Mondays from June 5 to October 1, you pay half. A private sleepover with just you and the sloth — or groups of four and smaller — is available on Thursdays year round for $1,200.

The sloth sleepover seems to be a huge hit with guests that range from “10 years old to 89 and are 70% female,” The Sloth Center wrote in an e-mail to Your Daily Dish. “We have arranged visitations for everything from our special program for terminally ill people clear up to birthdays, anniversaries, graduation gifts, Valentine, marriage proposals and company team building projects,” they elaborated.

The Facebook video from Zoological Wildlife Conservation Center, which received over 29,000 views, shows sloths doing what they do best — hanging off the side of your tent upside down and peering up at the human who is staring at them. “She’ll grab the next bar and slide all the way. She’s going to climb and sit on the end,” a volunteer staff member can be heard saying on the video.

Posted by Zoological Wildlife Conservation Center on Sunday, May 28, 2017

But before you put down any money, they ask you to read their mission statement — some of which states, “The Zoological Wildlife Conservation Center works hand-in-hand to support the Sloth Captive Husbandry Center in its passion for the betterment of sloth populations both in captivity and in the wild.”

Your parting gift along with the videos and photos you will no doubt take to prove you did it is a complementary “I Slept with a Sloth” T-shirt. 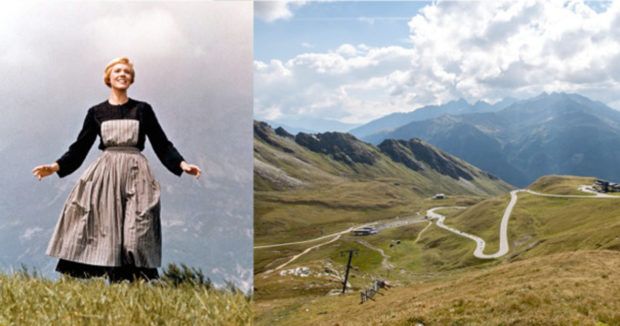 You Can Actually Visit These Movie Sets in Real Life
Movies have the ability to turn typical locations into magical worlds. With a creative idea, the most basic location can turn into a whole new place right before your eyes. Some ...
click here to read more
Advertisement - Continue reading below
Advertisement - Continue reading below
Share  On Facebook