That’s got to be the thoughts going through UK student Georgia’s mind after this incredible story of destiny changed her life forever.

Georgia, a 25-year-old student vacationing in Crete, Greece, was alone on a beach when two men approached her and asked her if she wanted to get a drink. She declined. Then the unthinkable happened.

One of the men grabbed Georgia’s arm and tried to pull her with them. But out of nowhere a stray, black dog came running to Georgia’s side and viciously barked at the men causing them to run away.

The stray dog had saved her life. The two formed an immediate connection, but Georgia had to fly back to the UK and leave the dog, whom she named Pepper, behind.

But not for long.

Georgia knew her and Pepper were meant to be. Two weeks later, Georgia flew back to Crete to find and adopt her stray savior. She found her and began the paperwork to bring Pepper back to the UK. But this story has one more fascinating twist.

While Georgia was getting Pepper vaccinated at the vet, the doctor told her Pepper was pregnant!

After a few weeks of getting Pepper through quarantine and customs, Pepper was finally in her new home. And just in time!

That week, Pepper gave birth to six new puppies! So after weeks of travel and wrangling, thousands of dollars, does Georgia regret all the hassle?

“It has been such a crazy journey. But I am over the moon,” said the 25-year-old. “Pepper has settled in brilliantly.” 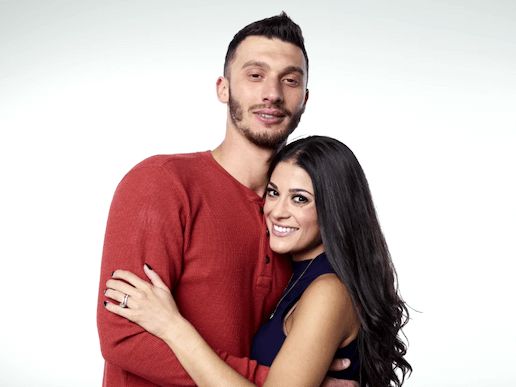 Which of Your Favorite ‘90 Day Fiancé’ Couples Are Still Together?
If you’re not already familiar with 90 Day Fiancé and its multitude of spinoff shows, we’ll fill you in: It’s a reality TV franchise on TLC that follows couples who ...
click here to read more
Advertisement - Continue reading below
Share  On Facebook