After climbing a mountain, this man decided to make a dangerous descent down the edge of the cliff…on a unicycle.

The man, who apparently has nerves of steel, uploaded a video on Youtube of himself going down a mountain on his unicycle. In the video, the man is shown maneuvering through narrow mountain paths and avoiding steep drops that could potentially end his life.

Titled “Indian Summer,” the video already received over 45,000 views in just two days. The title of the video may indicate when and where the video was shot.

In the GIF below, the man apparently performs a trick before riding down the mountain.

If you want to see more of this man’s terrifying ride down the mountain, check out the full video below. 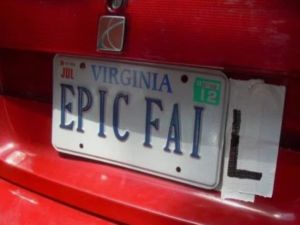