Zendaya: ‘Slaughterhouse Animal Conditions Made Me Give up Meat’

Singer/actress Zendaya was so traumatized by how animals were treated in slaughterhouses, it was enough to make her quit eating meat.

In a new post on her app, the 20-year-old explains she was just 11 when she and her dad drove past a slaughterhouse, and when her father revealed what happened inside, Zendaya started rethinking her diet.

“My main reason for being a vegetarian is that I’m an animal lover,” she shared, “definitely NOT because I love vegetables.”

She insists her younger self was shocked when she realized how meat ends up on our tables.

“I thought it was awful, all those animals getting packed up in there waiting to be killed,” she explained. “I couldn’t believe that’s how I’d been getting my meat!”

However, it took a viewing of the People for the Ethical Treatment of Animals (PETA) video “Glass Walls” soon afterward to persuade her to give up meat for good. And then, just days later, she had an incredibly vivid dream.

“I had this crazy dream about raining hamburgers,” she noted. “You know that book Cloudy with a Chance of Meatballs? It was like that, with giant food falling out of the sky. And I still remember the dream so clearly.”

She’s no longer dreaming about things she doesn’t eat, nor missing them, although she does illustrate the post on her app with an image of 15 burgers.

“I don’t like the taste of meat,” she insisted. “It actually makes me feel weird. The only thing I kind of miss are my mom’s famous turkey burgers, but that’s it!” 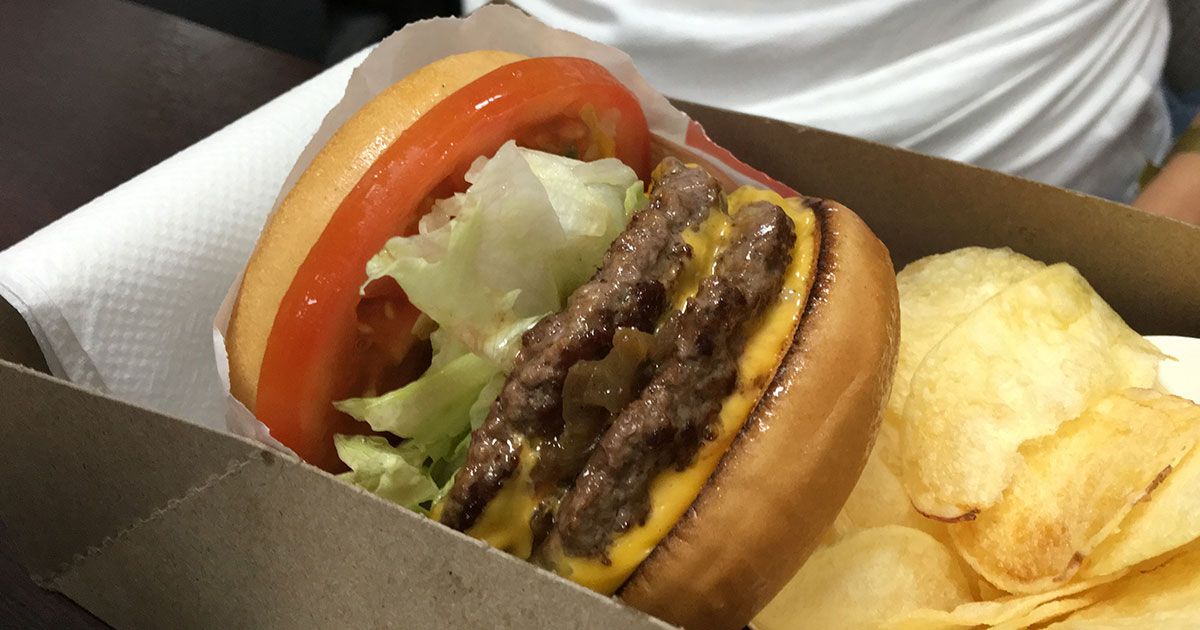 In-N-Out Burger: Fascinating Facts About the Iconic Fast Food Chain
Regarded by many as the finest fast food chain in the world, In-N-Out Burger has become an American institution and national treasure. Despite the fact that In-N-Out is only in ...
click here to read more
Advertisement - Continue reading below
Share  On Facebook