Talk about a celebration!

15-year-old Amari Hall couldn’t help but celebrate the moment he woke up from his heart transplant. Just as his nurse, Katie, began to adjust his IV, Hall broke out in a major celebratory dance. Katie even joined in on the excitement and busted out a move of her own.

Check it out below.

“He’s always dancing,” his aunt, Charawn Hunter, told Inside Edition. “If you want to get him to do something, put on some music and say, ‘Go Mari.'”

The teenager was born with a congenital heart defect and has undergone several surgeries since he was a baby.

“He missed a lot of his childhood milestones,” Hall’s mother, Juaquinna, told CNN.

The surgeries held Hall over for about 13 years, and allowed him to function with a repaired heart. However, about a year ago, he learned that his heart began to fail and he would need a transplant to survive.

Hall was admitted to the University of Maryland Medical Center in December and waited until they could find a transplant. In March, Hall’s family finally received words that the doctors found a heart and it would be set aside for the 15-year-old.

The operation was a success and just six days after, Hall was back to his lively and enthusiastic self.

“We put the music on and he started dancing,” Hunter said to CNN.

The teen has been recovering well and is looking forward to getting back on that dance floor.

“I want to be dancing with the ladies,” Hall told ABC News.

Hunter hopes the viral clip will help others stay positive.

“We see as of today he has touched so many people’s hearts and we are grateful,” Hunter wrote to Your Daily Dish. “I hope that what people can take away from the video is that someones situation is always worse than yours, but you can always look at the positive and still dance.”

Amari Hall was fully released from the hospital in May and doctors are hopeful that he will return to school in the fall.

“All his life he has been a fighter,” Juaquinna Hall told CNN. “He remained positive throughout it all.” 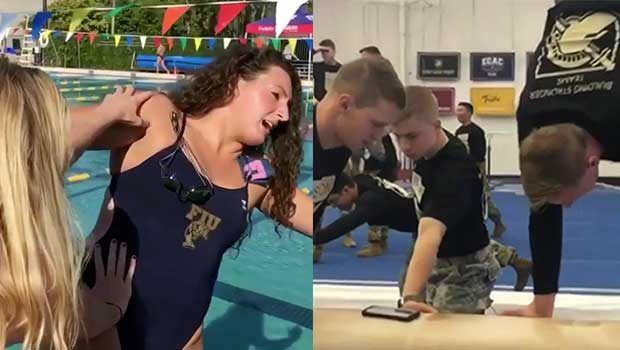