Firefighters are called to duty to save people and sometimes even animals. Recently, volunteer firefighters in Avon, Connecticut rescued a bride and groom on the way to their reception when their party bus caught fire.

Newlyweds Maria Leonardi and Justin Stone of New York City got a ride they will never forget – 15-minutes in the fire engine – from West Avon Congressional Church to Leonardi’s father’s home in Avon.

“I’ve always thought highly of firefighters — they risk their lives and do so much for the community, often without the recognition they deserve,” Maria Leonardi wrote to Your Daily Dish. “I’m glad this is bringing attention to all the amazing men and women that volunteer their time across our country.”

On June 10 the couple had just said ‘I do,’ and were busy taking pictures inside the church when word spread the trolley outside was on fire. Firefighters were dispatched only to find the fire was under control by a fire extinguisher the bus driver had. The Avon Volunteer Firefighters respond to over 500 calls each year — everything from fires to hazardous materials incidents to motor vehicle accidents and other emergencies. However, this was a different situation.

Realizing their transportation was up in flames, Engine 14 graciously gifted Leonardi and Stone a ride to their wedding party at Leonardi’s parents’ backyard.

The couple, who became engaged in May 2016, had never traveled in a fire truck before — so they seized the opportunity and took them up on their offer.

“One of the firemen came around and asked us, ‘Do you want a ride to the reception in the fire truck? We’re sorry that we can’t take the whole party, but we can take the two of you. We both jumped at that opportunity.” Stone told ABC News.

Assistant Fire Chief Joe Speich empathized as a married man with their plight.

“Those of us that are married know how much planning it takes. We wanted to make sure they still had a special day,”  Speich told AP News.

The AVFD posted on Facebook about their unconventional rescue.

“This afternoon, the AVFD was dispatched to West Avon Congregational Church for a bus fire,” they wrote. “On arrival, crews found a trolley bus with an engine compartment fire. It was knocked down by a fire extinguisher the bus driver had. On further investigation, we realized the bus was for a wedding party. Our crews offered the bride and groom a ride to their reception in Avon and they graciously accepted. Engine 14 with a crew of four — Lt. Kaswer, Lt. Baldwin, Firefighter Costill, and Firefighter Del Gallo — had the wonderful honor of making sure the happy couple didn’t miss their own party.”

“They’re volunteers and they probably spent an extra hour with us. It was fantastic,” Maria Leonardi told AP News.

Mr. and Mrs. Stone will honeymoon in Napa Valley, California. 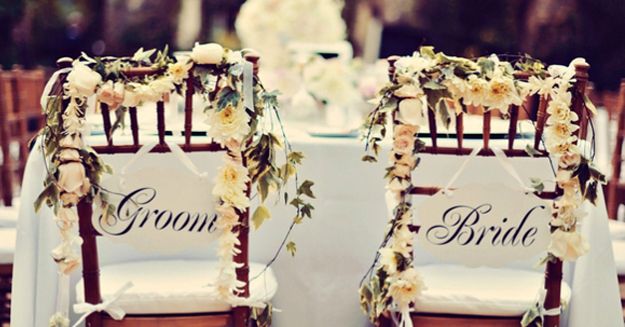 Stunning Flower Display Ideas for Your Special Day
There’s nothing more magical than having your dream wedding, surrounded by your closest family and friends. It seems that the wedding plans have an infinite amount of ideas and details ...
click here to read more
Advertisement - Continue reading below
Share  On Facebook