A 67-year-old woman is in the hospital after taking a scary fall and plummeting into a store basement.

In the stunning video, the woman can be seen taking a walk down a street in Plainfield, New Jersey. The footage shows the woman looking down at her cellphone, as she is completely unaware of the open doors leading into the basement of Acme Windows. The phone appears to distract the woman, leading her to fall 6 feet into a store basement.

“She got distracted with the phone and she didn’t see the gates open,” Arturo Torres, the owner of Acme Windows, explained to Inside Edition. “She rolled down into the basement.”

While the phone had a major factor into the fall, it wasn’t the only reason for the accident. The unidentified woman’s son explained that his mother is legally blind and diabetic.

“When I first saw the video, my heart dropped,” the woman’s son said to CBS News. “It was painful to watch.”

When re-watching the video, it shows the woman pausing before her fall. Her son also commented that she was nauseous earlier in the day.

“She regularly takes on schedule her meals and checks her sugar. As far as I was told, when she was walking down the street, she felt a little nauseous in a sense, and looked at her phone to see what time it was,” the woman’s son told CBS News.

A rescue crew was quickly called and helped to pull the woman out of the basement on a stretcher. She remained unconscious and was taken to the hospital for further evaluation.

Her son further explained that his mother cannot see blended color and would have seen the open doors if some kind of cone or indicator was placed nearby.

The woman is still in the hospital and remains in stable condition.

“She may be hurt, but at least she’s alive,” the woman’s son told CBS News. 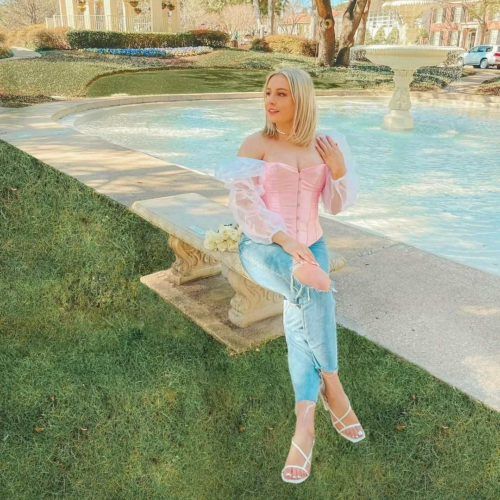